Another Too Many Manninghams Trade - Part 4 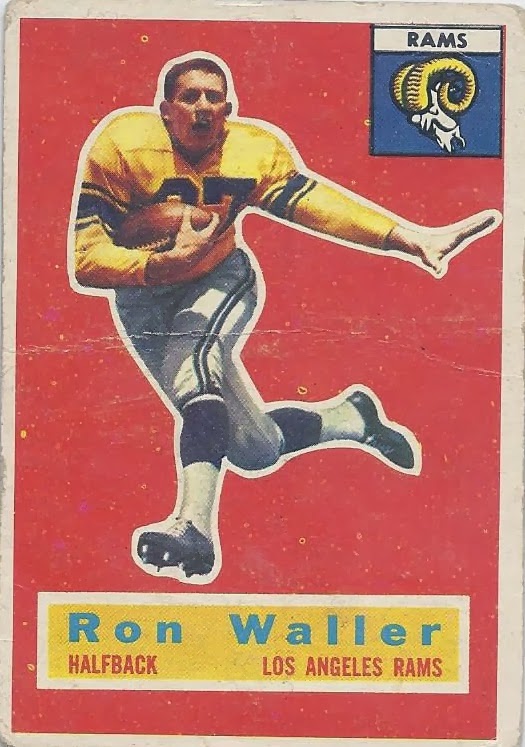 I'm going to do these chronologically, opening with this 1956 card. It's instantly the oldest card in my binder, knocking off former Batman TV series star and Chicago Bear/Toronto Argonaut Ronnie Knox's 1957 entry. Actually, a year or so ago, I picked up the reprint version of this, seeing as I tend towards the cheaper alternative. Now, I've got both! Perfect! 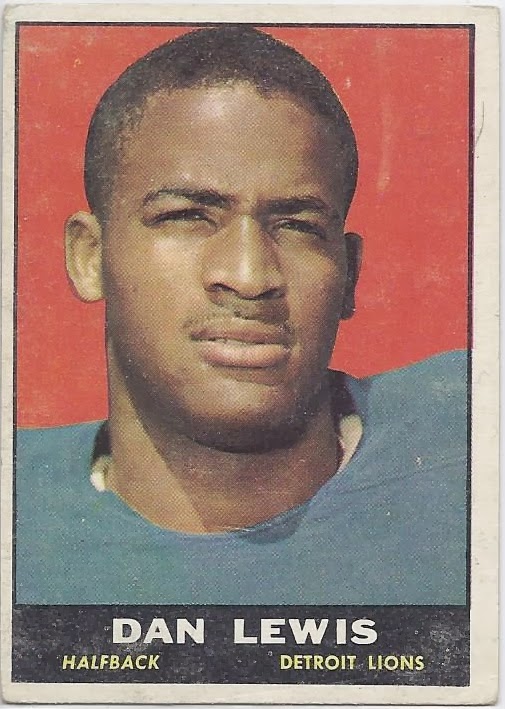 Prior to the mailing, my second oldest card in the binder was a 1962 Dan Lewis. TMM went one better by including his 1961 entry as well. 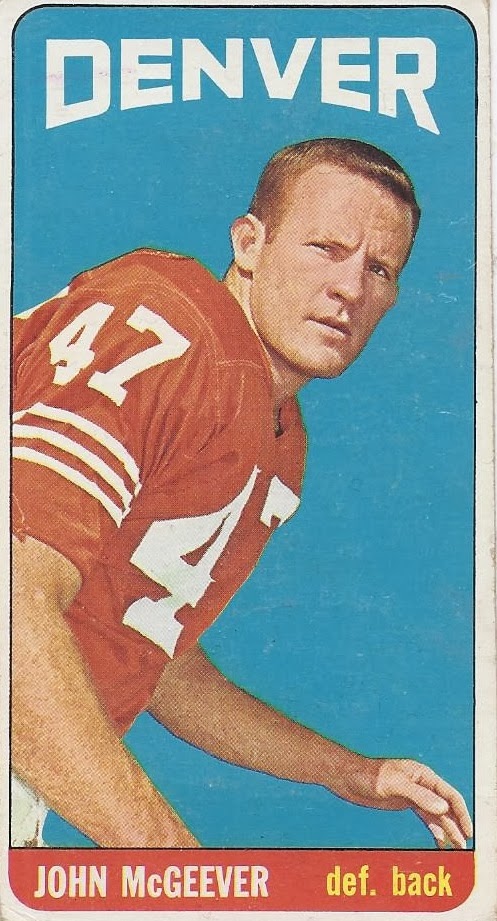 Tall Boy! Of the 10 football cards in the package, this is the only one that features a player making his binder debut. It's now the 4th card that is too large for standard binder pages, sitting in the pockets at the back of the binder. The others are a 1982 CFL card of Mike Raines, a 62 Parkhurst of Howie Glover and a 60 Parkhurst of Bernie Geoffrion. 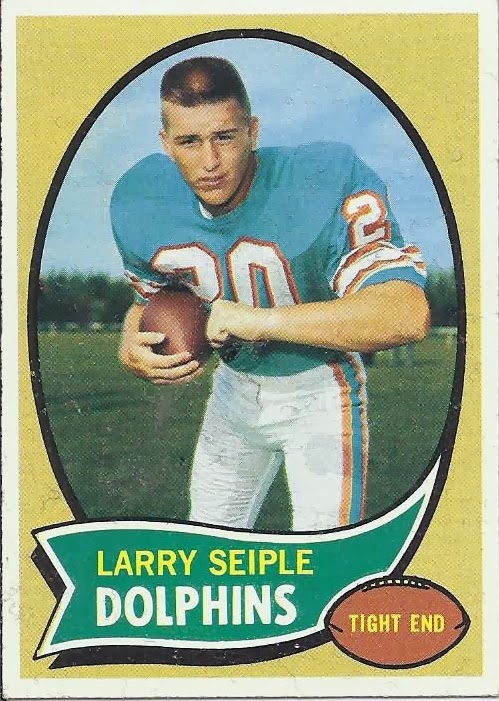 Off to the 70s, and this entry from Larry Seiple. Larry saw more action as a punter, and this is his only card where he is listed as a tight end. Incidentally, Topps re-used this photo in their 1974 issue. Since this photo just screams "punter". 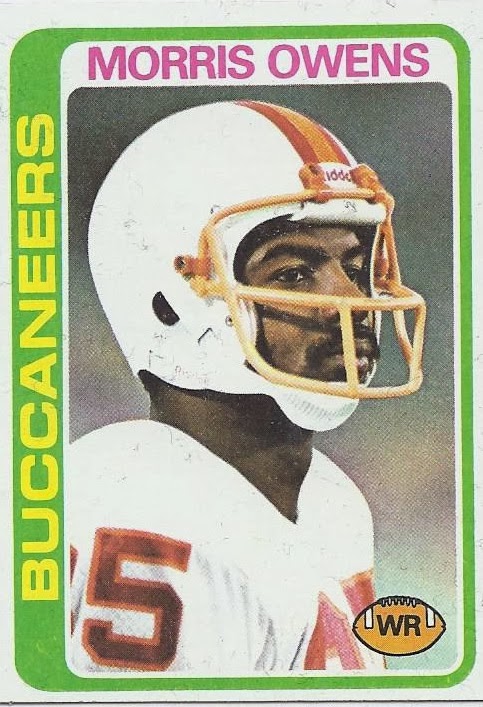 Morris Owens has two solo cards to his name, and now I've got both of them. WOO-HOO! 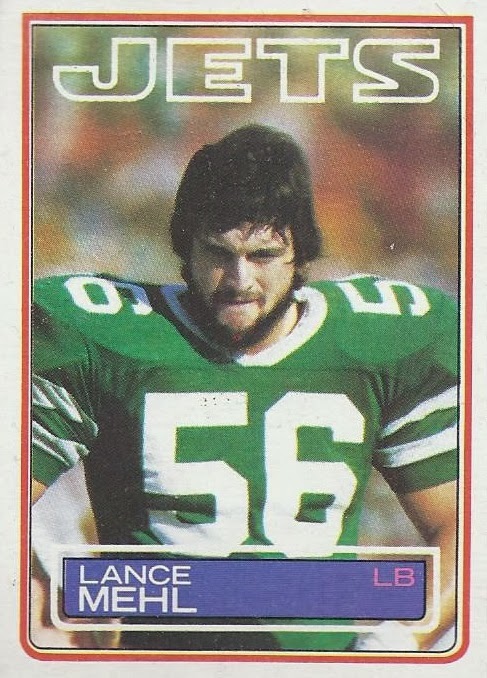 Linebacker for the Jets? Or Renaissance Festival player? Huzzah! 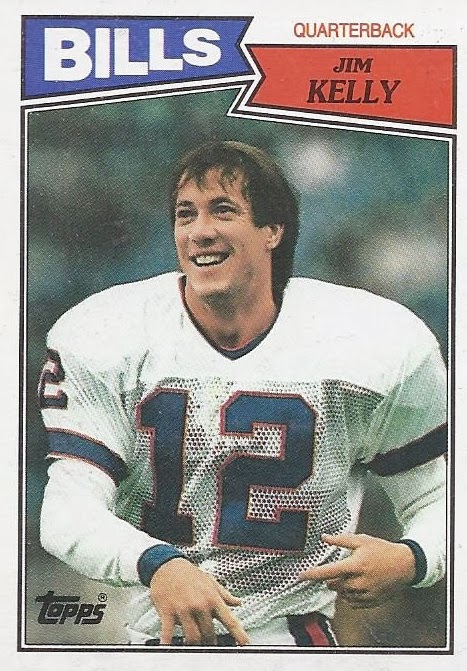 This was the highlight of the package. While his USFL issues are probably his technical rookie cards, this was his first NFL issue. While I've recently traded my way to some nice Bills rookie cards from the glory years (Reed, Thomas) and it is nice to add another from those years. This one might find its home in the Bills binder as opposed to the 2/14 one. 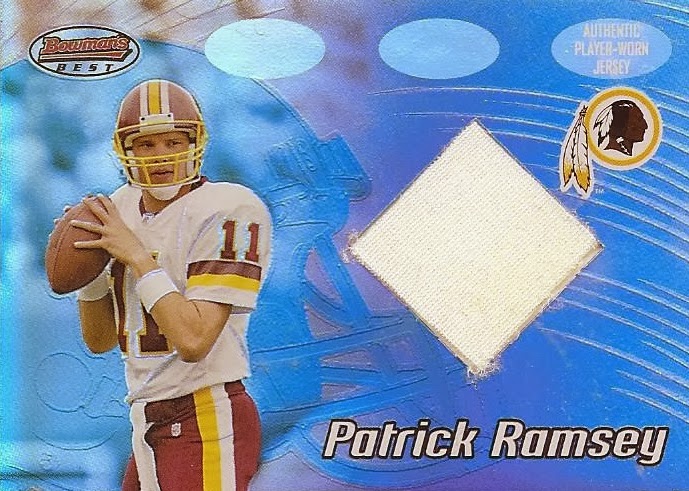 Here come the hits with a nice shiny Patrick Ramsey. A good sized swatch as well. I wonder what will happen if I pulled that little bit of fuzz at the bottom. 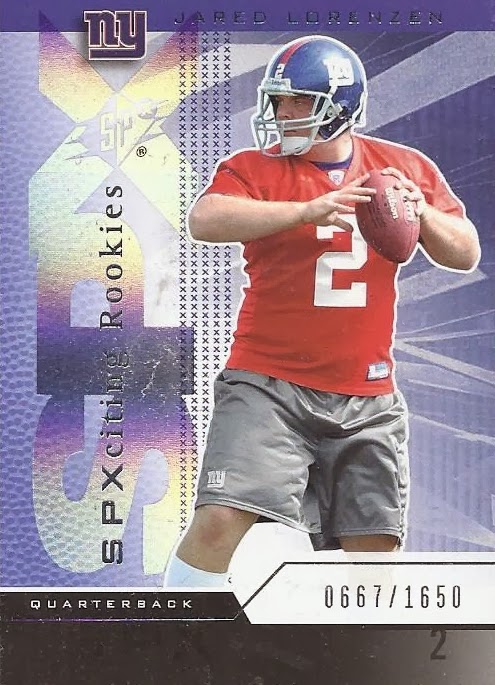 The Hefty Lefty! The Pillsbury Throwboy! And a 2/14 baby! YES! Despite his cult status after his recent indoor league return, his autos are still pretty cheap. I really need to add one. 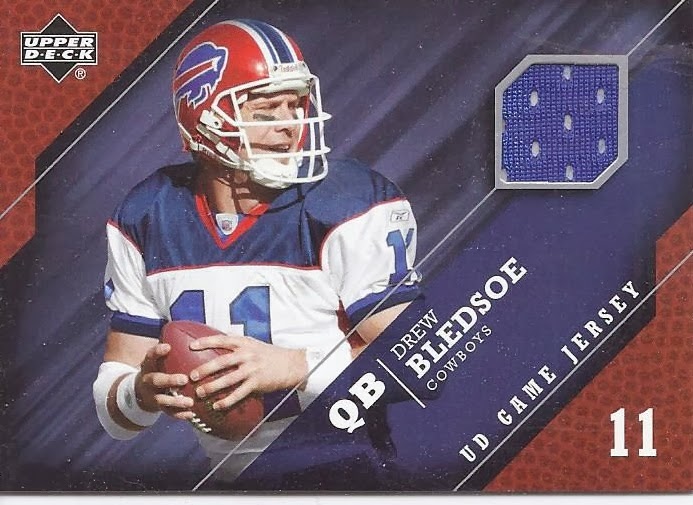 Wrapping it up with a Bills relic on a Cowboys card for Drew Bledsoe. A great variety on this one.

I can see the end of the trade box! 6 cards left. All autos! All the time! When I post Part 5.
Posted by buckstorecards at 16:42