I knew there was a reason I shelled a couple bucks back in August to grab a quad relic of Garrett Atkins. It was trade bait when one of the many Rockies fans in the blogosphere pulled something nice. C:S did, and a small trade was born. 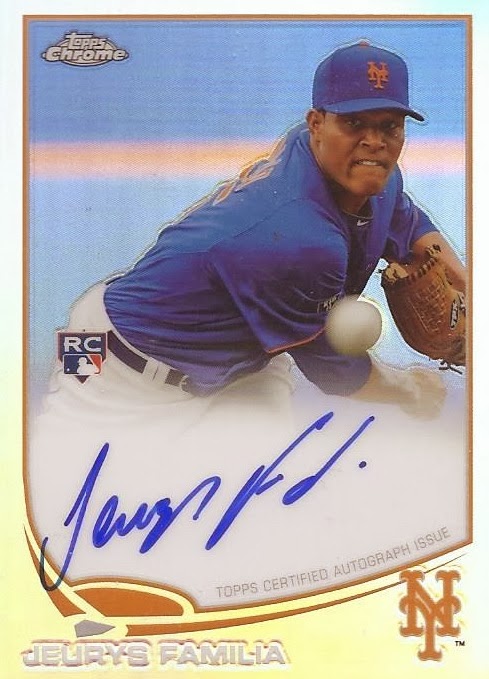 I might be the only Mets fan without an auto of Familia from one of this year's product. No problem anymore, that's fixed with this refractor-y beauty from Chrome.

Of course, there's more to a trade than just one card. Let's look at the bonuses. 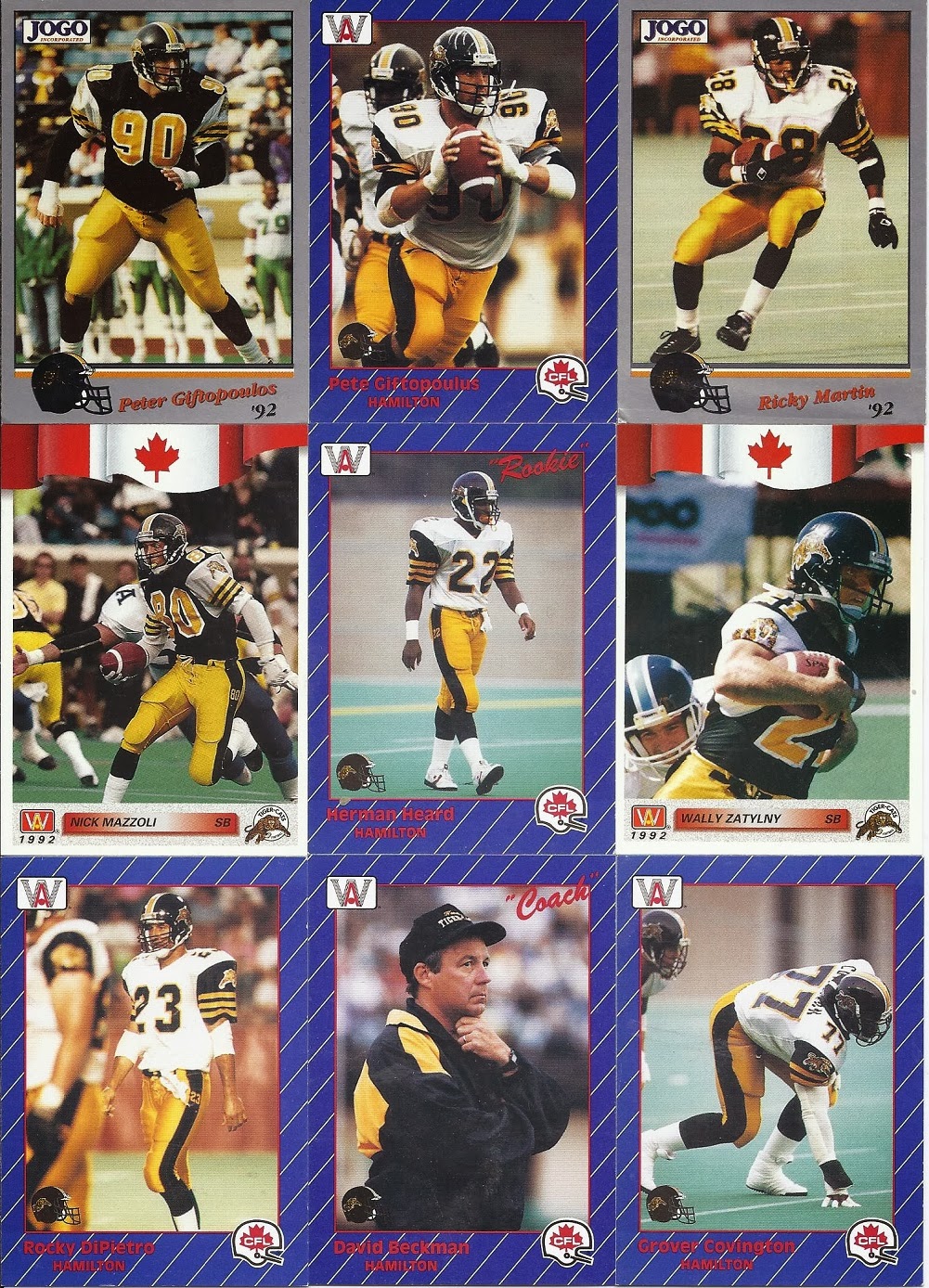 I included a Saskatchewan Roughriders card in the pack I sent westward, so it only makes sense that some Tiger-Cats come this way. Junk wax era, but I don't care too much when my 3-down collection is pretty sparse. The best here are Grover and Rocky, both career Ti-Cats and HOFers. 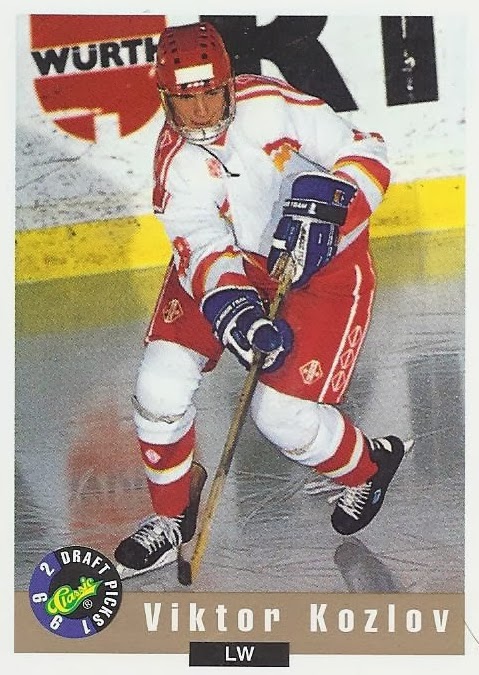 WOO-HOO! A new Viktor Kozlov! And the oldest card of the two big league perfect matches that I have. This one being from a 1992 set. 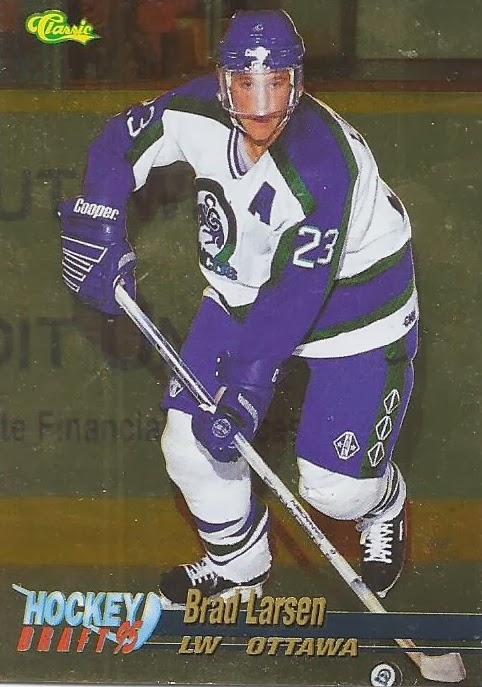 There were some random Sens - with the best being this. Although Larsen was drafted by the Sens, he never played a game for them, was traded, never signed, and then returned to the draft, where he was picked up by Colorado. Still, he's listed as a Sen, so he'll fit in my collection of their cards. 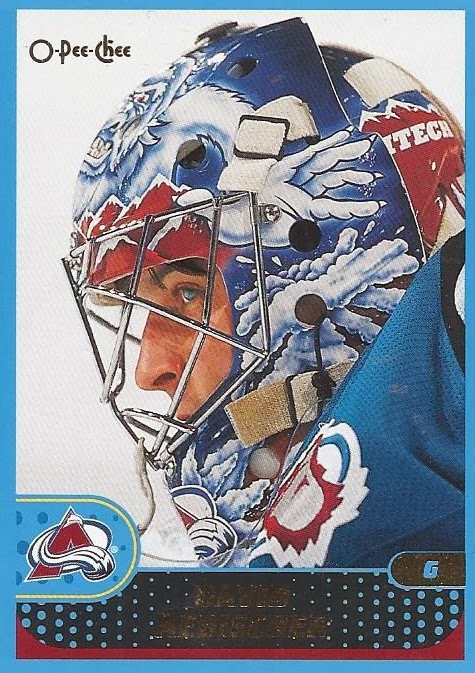 And finally, this beauty for my masks binder. I can't get enough of the Abominable Snowman motif on Avs masks.

Thanks for the great trade.
Posted by buckstorecards at 08:59