It might be Turkey Day stateside, but it just plain old Thursday up here. So, with that out of the way, let's continue into the Expo box.

I'd mentioned a box that I raided that was full of anything and everything. It worked out to about 20 cents per item when I was done with it. You've seen a card or two here that I pulled from it. A third card made it appearance elsewhere today (scroll down!). But, I'm hoping this post (and future ones for other decades) will show how random these were. 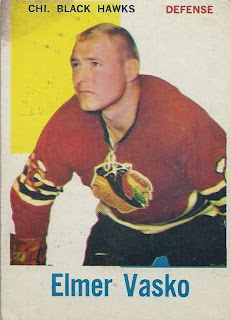 Let's start with this. While did pull some 70s hockey from this box, I only grabbed one from the 60s. It was this slightly stained artifact from 1960-61 Topps. I'm disappointed they didn't give an early start to the tradition of Rock Raines and Doc Gooden and refer to him as Moose Vasko on this card. Sports needs more people named Moose. 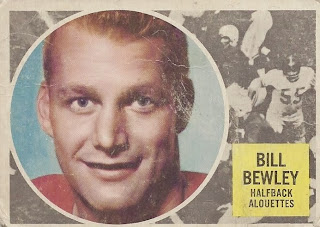 Some well-loved football? I pulled a couple of those as well. Here's a CFL card from 1960. 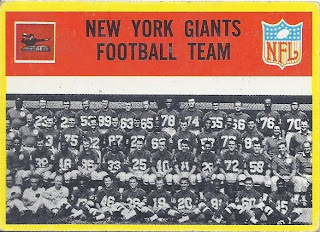 I had no idea when this card was from. It just looked vintage-y enough to catch my interest - especially the Giants logo in the upper left. It's from the 1967 Philadelphia set. 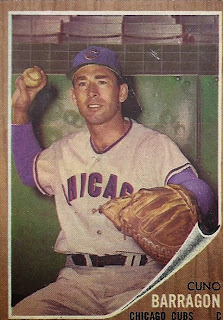 Most of the 60s stuff I pulled from the box was of a  baseball variety. I'm always partial to the wood-grain design on borders, so grabbing one that also has a classic Cubs uniform on it.  Cuno is one of 114 players to hit a home run in his first at bat. Thanks, Wikipedia! 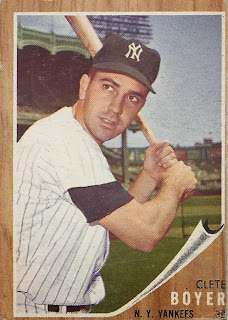 And one nice 1962 card deserves another - so here's a Clete Boyer. It's also an uncorrected error - that's a reversed negative. Clete's a righty - not a lefty. 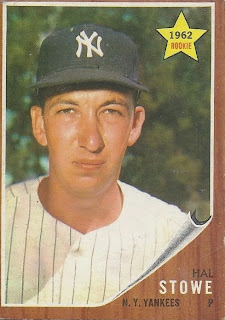 And why not a third 1962 card? Other than the corners, this is still in pretty good shape. Hal Stowe only had a card in this release. He had exactly 1 inning pitched in the majors in 1960, which makes this an interesting card for the old misc. binder. 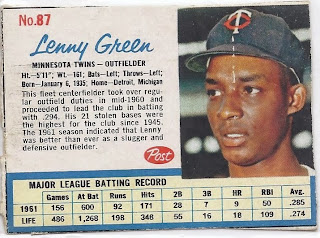 A badly-frayed edge? A stain right on the player's face? Yes! Come to my binders! 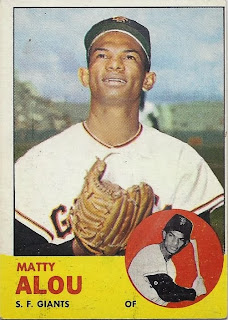 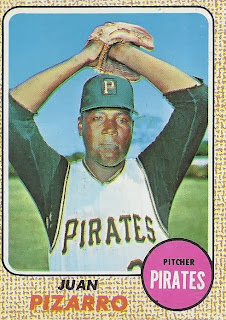 And since football couldn't be the only sport represented by a later 60s card, I picked this one up as well.

And that wraps up another decade. Don't worry, fans of other decades. I'm tentatively thinking the 70s will need at least 3 posts to get through.
Posted by buckstorecards at 13:22