It's time to start digging through a recent order from Just Commons. For about the cost of a blaster from Wally World, I picked up about 90 cards for my various PCs. Depending on the blaster I'd choose, I probably come up with more cards through this purchase than the some blasters. To start, here are the Mets. I'll only highlight some, but they made up for about half of the cards. 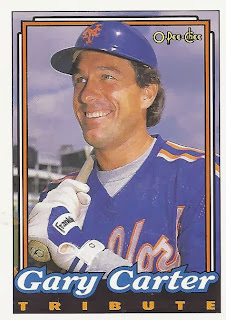 First up is one that I wanted for a bit. In 1992, instead of the All-Star subset, O-Pee-Chee included some cards of people not featured in the Topps main set, as well as a subset for Gary Carter. They had one card each for the various stops in his career, with this being the one that saluted his time with the Mets. The reverse showed only his Mets stats. 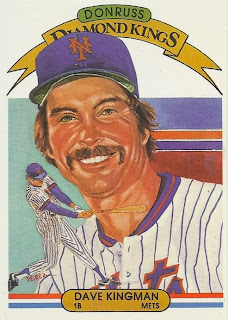 Of course, Diamond Kings were a vital part of my purchase. Whether classic Perez sketches from the 1980s. 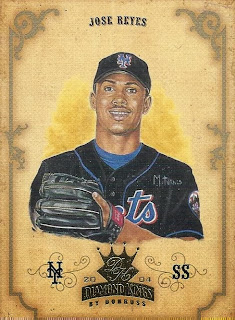 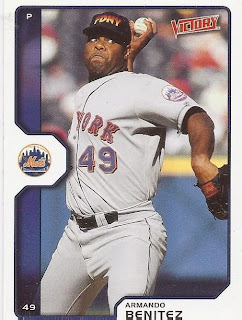 Some appearances of the non-standard Mets caps made their way here. The heroes caps. 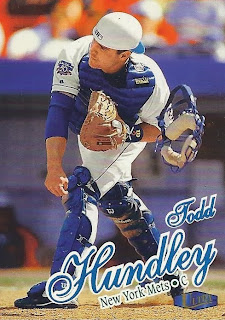 Whatever the Sam Scratch Hundley is wearing here. 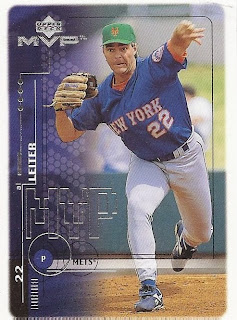 But there were more embarrassing shots. 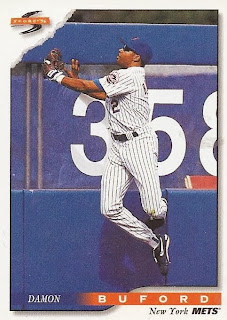 You can join Damon Buford in watching as yet another home run is surrendered by the Mets. 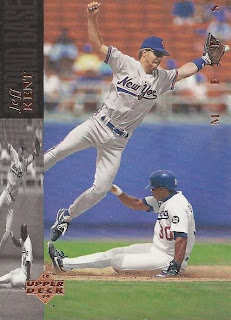 Or as am errant throw flies by the outstretched glove of Jeff Kent. 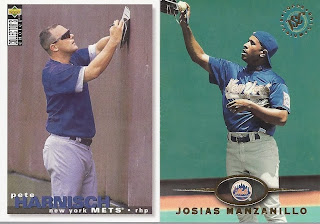 Despite that incompetence, people still want autographs from the guys. 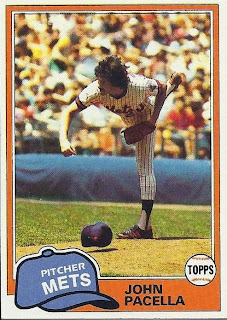 Here's a card I've wanted for a while. The John Pacella "What happened to my cap?" card. For a dime, it joined my Mets collection. 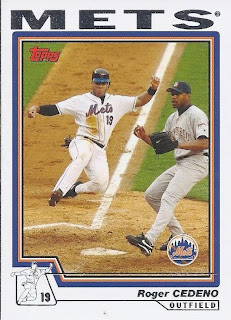 And to wrap things up, I'll end on a positive note with a great photo on this Roger Cedeno card. It's not every play at the plate card that doesn't feature a catcher, who I'll assume is chasing down a wild pitch.

This was part of about half the box. I've still got a bunch of additions to my 2/14 collection, along with a nice pile of Delgados and a some random awesome cards. Tomorrow, I'll post one of them.
Posted by buckstorecards at 16:42