Continuing an assault on my Expo box in a decade format, here are some more goodies I found. Most of these were from the box of miscellany. 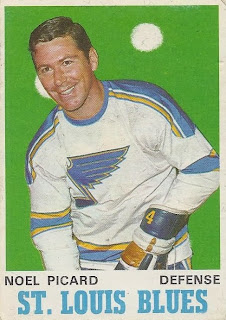 Putting baseball to the side for now, here's the earliest hockey entry in this. The back of the card states that Noel was the only NHLer born on Christmas Day. Unfortunately, that is an error, as Larry Cahan was also in the NHL at this time. Heck, he also has in this very set that shows that he is also a 12/25 baby. The back also points out Larry's appropriate name. 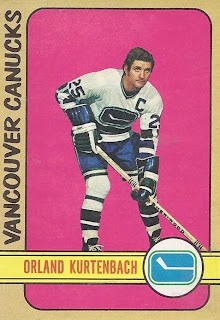 Orland Kurtenbach is another guy who I wanted a card of for the simple reason that I liked his name. 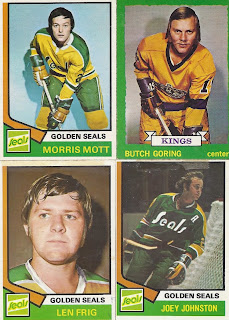 Here's a collection of 4 cards that are incredibly California. Garish yellow uniforms, and really bad hair. The Morris Mott does a double for me, as per my listia have lists. Butch Goring is another one of those great names in the game. It does seem to be the name for a goon, but he only spent a little over 100 minutes in the sin bin over a lengthy career. 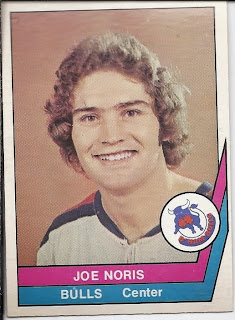 My Kitchener Rangers alumni want list drops to 2. Claire Alexander! Sean McMorrow! Where are you? The answer of  "in jail" for the latter isn't exactly what I'm looking for. 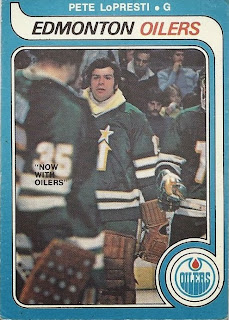 Pete "Now with Oilers" LoPresti spent a grand total of 2 games with the Oilers. 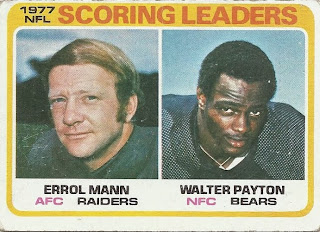 I also picked up a couple football cards, both from 1978. You know Walter Payton must have had a great year when he's the scoring leader for the NFC. That's usually the sole domain of the kickers. His 96 points beat  Efren Herrera by 3 points. 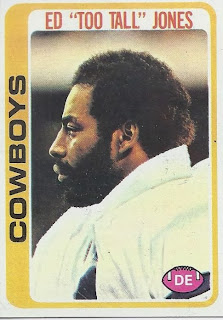 I loved the "nicknames" insert set in Hometown Heroes, I loved this. However, looking at his cards over at COMC show that pretty much all the cards included his nickname on it. Good decision, but it took until the mid-80s for there to be a base card that really gave an idea of his height. There were some generic team cards that did, though.