Mailbag: The remainder from Ann Arbor

I may be calling this 'the remainder' but if you think that downplays the amazingness of the stuff in here, you'd be mistaken. 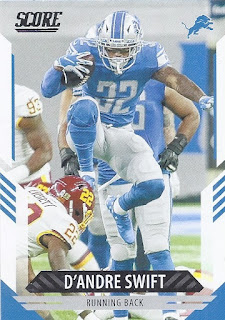 It doesn't matter if the player is a bench warmer, or a star. When they are the final card to finish a set, it is a great card. D'Andre Swift comes closer to the latter of the two options, and the photo is amazing as well, giving me flashbacks to the famous Billy Sims kick, at least  with the angle used on this picture. Either way, this set can be put to bad. 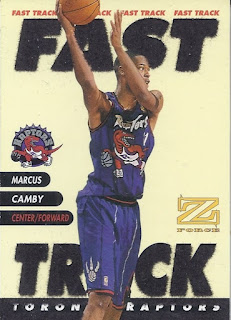 The basketball portion of this was pretty small, but it did add a couple new entries into the Raptors PC. It is likely not evident from the scan, but the letters in  Fast Trck  have a fabric feel to them. So, they're basically not a relic card, but it gives the illusion of being one. 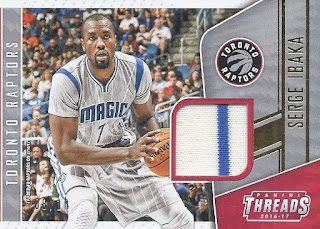 No illusion here. That's definitely a relic card, and with his then-recent trade to Toronto, the logo makes sure that it  is obviously a Raptors card. I'd expect a little more of a card numbered to /10, but at least there is a pinstripe, 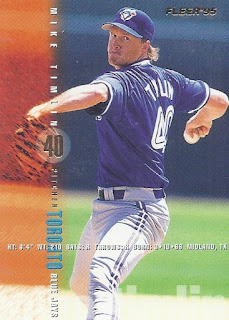 Switching to baseball with some 1995 Fleer. I guess this one isn't as hideous as it could be. 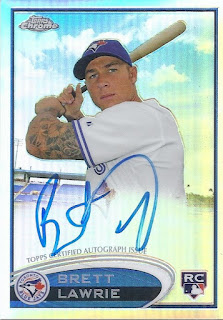 Brett Lawrie is one of those players that could land in two of my PCs - being an obvious Blue Jay addition, and a less obvious (from the front, at least) addition to my Canadians in MLB collection. With that pedigree, how is this my first hit of his in either collection? You'd think I would at least have a relic somewhere. 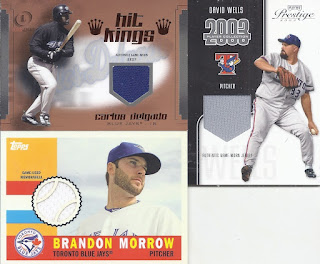 Speaking of relics, here's some of them. While I do like that new Carlos Delgado for his PC, I also like the flashback to when you could also find relic cards, as opposed to just autographs, in Archives. 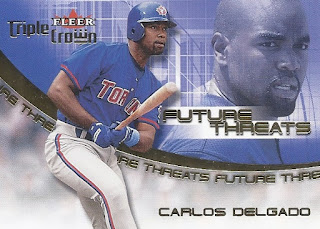 This insert acts as the set-up... 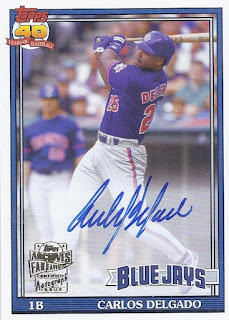 to his main event. This one made its way unto my not-so-reasonable want list as soon as I had space on it. It hits a few things I love - an on-card autograph from Archives, and the design of that Archives being appropriate for the photo used. The font looks right for a photo from that era of Jays uniforms.  PC perfection. 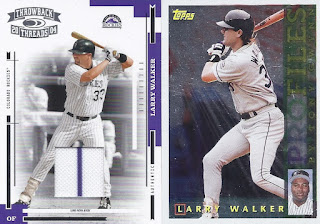 A short break from team hits for some Canadiana, before it is on to the Mets. 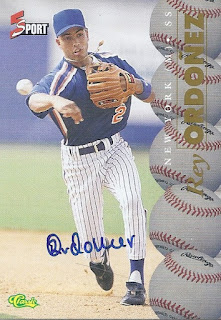 Let's start with an auto. It isn't one that makes a lot of appearances on Mets hits, although he did make an appearance a couple years back in Archives. Rey Ordonez may not have been amazing with his bat, but he was a regular on the highlight reels anyhow thanks to his defensive play. And from the days when Mets highlights were a little harder to come by in Ontario, any Mets highlights were good Mets highlights. 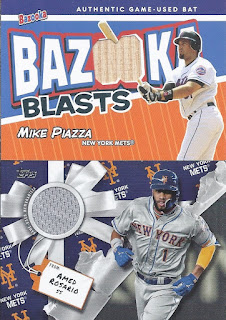 While I do like adding Piazza content to the ol' PC, I love cards with, shall I say, inspired designs even more. So, I give that Amed Rosario holiday-themed relic my preference here. Even with the bat on the photo perfectly lining up with the sliver from one of his bats. 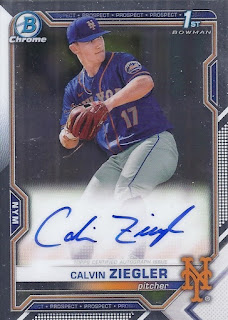 More collection perfection to end this. This is another card that could make its way into several collections. Like Lawrie, he's a Canadian who is playing for one of my favourite teams, but he's also a local guy, meaning he joins Jamal Murray and Ryan Braun (not the Brewers guy, the Royals guy) as one of a handful of non-hockey guys from the area to get my hometown onto the back of a card. Now I just have to wait a few years to see if he'll play in the majors to find more of these.
Thanks for all these goodies, Dennis!
Posted by buckstorecards at 08:30