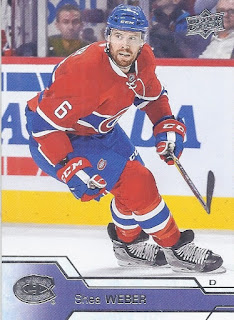 Not a bad player to find a base card of on the other side of the retro. Topical as well! 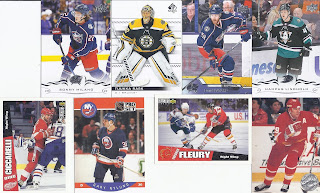 Some more recent stuff as we go through the first grouping of cards. Retro Ducks! 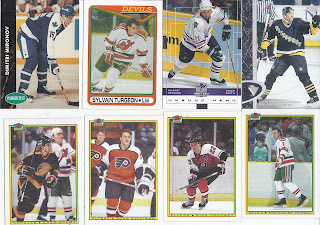 That's the wall of Bowman that one expects from a repack. I wouldn't be surprised if the presses are still running and producing cards from this set. But there is one of those game-dated photo cards that UD should never have stopped using for base cards. It would be fun pulling a "Hey! I was there for that!" card from a pack. 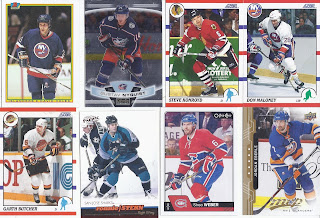 We get a poorly-scanning Platinum card to break the Bowman string, before another brief  run from another 1990 set. I'd completely blanked on tough-guy Ronnie Stern's pair of seasons with the Sharks. This Pacific entry was his only cardboard appearance on the Sharks, until a one-off in one of those ITG Enforcers sets. Shea Weber shows up for the second time, this time on an Update insert. And some MVP ends this portion of the repack.
The other half starts next post!

Posted by buckstorecards at 07:42