Another trip to the 7-11, and a pair of these repacks. 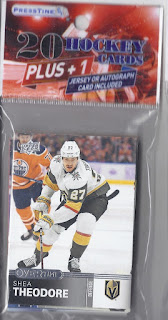 I just grabbed a pair of these off the top of the hanger area. 20 cards, and the 21st is a hit. Let's see what shows up. 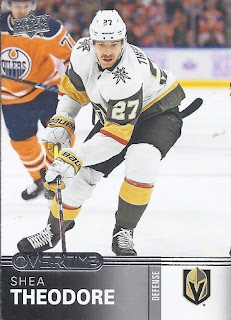 A closer look at the opening card. Overtime packs are bonus packs included with box purchases at some LCS. Not exactly the expected visible card. 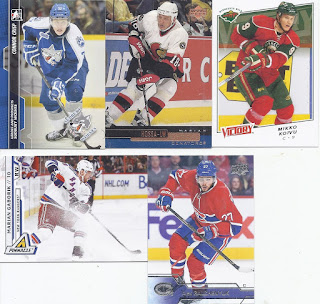 The first group is an interesting bunch. There's a 2/14 dupe on the bottom, but that Sens card isn't one. The H&P card is definitely the most interesting one. Firstly, the Sudbury Wolves sport one of my fave uniforms in hockey. And it was the only mainstream release for a player who got 15 minutes of fame when he became an emergency goaltender. 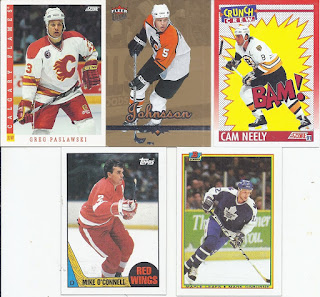 A gold parallel, a campy Neely and the oldest card in the repack (the O'Connell) join the expected 1990 Bowman. 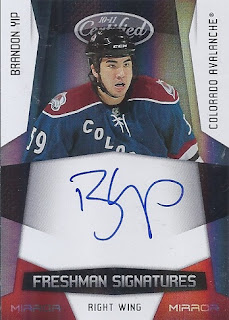 There's the hit! An on-card auto too! While Yip's most recent action has been overseas, he did spend several years in the NHL. so at least it wasn't a one-and-done. While the signature is basic, the large space is well-used. 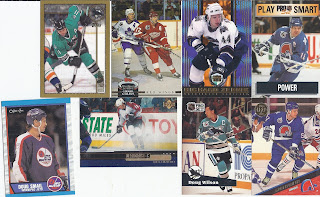 The next batch of cards. The 1998 Dynagon is the another surprise set for this repack. Zednik is probably best known for having his neck cut during a game, and I really don't recommend loooking for that video if you are squeamish. 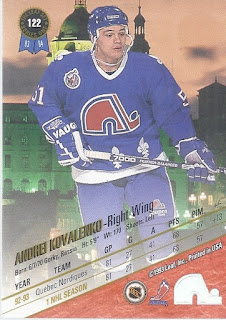 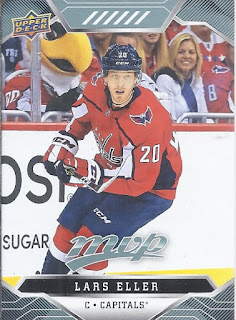 And the final visible card. Rinkside mascot mojo!
There you have it!
Posted by buckstorecards at 07:35