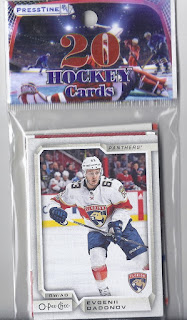 I've sampled the 100 card hangers, the Surprise Bags and the 20+hit hangers. All that's left to try from the 7-11 repack hockey packs is the most basic of the lot.  Which was one of these. 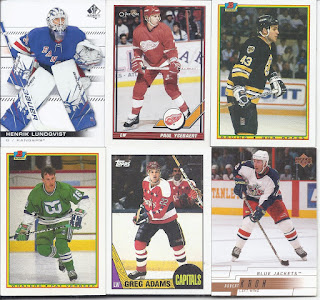 King Henrik was lurking behind the opening card. An appearance of a 1987 is surprisingly old for a card in one of these. The Robert Kron is from the first year of existence for the Blue Jackets. 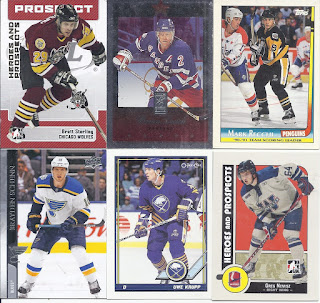 A nice mix here, as H&P continue to make appearances in these. That's a nice alternate version of the Spitfires uniforms that Nemisz is sporting on his. A Hall of Famer, an insert, and a new release bring the variety to the meat of the H&P sandwich. 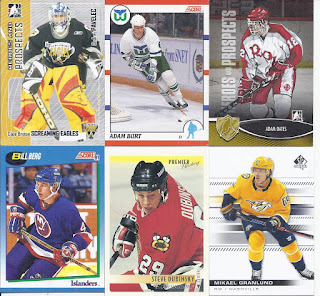 More H&P in the final group. That's probably my first Cape Breton Screaming Eagles card in the mask binder. Sadly, they dropped the Screaming a couple years back. It looks like both of the cards behind the visible ones were 19-20 SPA. At least they weren't 1990 Bowmans. 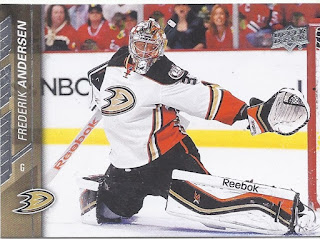 And your final card in yet another perfectly fine repack experience.

Posted by buckstorecards at 10:59