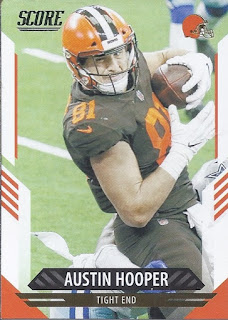 The non-autoed, non-numbered version of a card that showed up earlier opens up Pack #8. 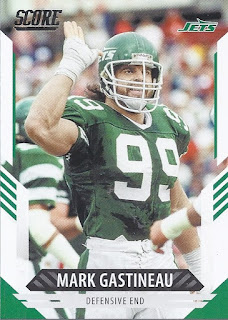 One of my favourite things about Panini releases is that the logo used on the card matches the era the photo is taken from. 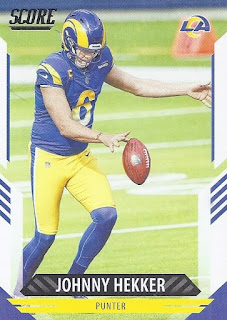 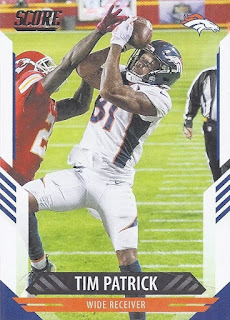 But the photo win here goes to Tim Patrick, and what looks like an attempt at giving a salute to David Tyree's famous helmet catch. Tim debuted in 2017, bounced around practice squads, and then finally landed in Denver, and started getting NFL cards late last season. 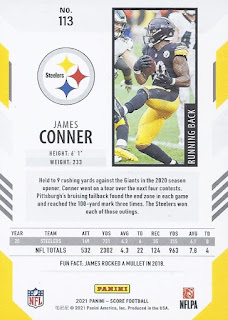 When you're in the city that Jaromir Jagr played many a season, you might as well embrace his hairstyle. 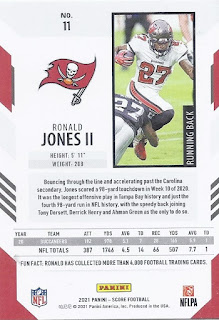 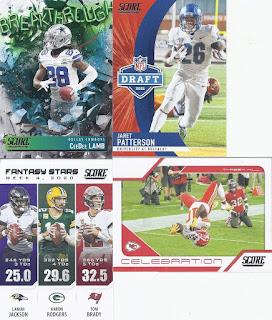 Inserts. Subbing Lamar for Mahomes, and you've got a copy of the card I posted yesterday. At least they changed the photos. Tyreek might win the 'player not toughing the ground' photo war in the box with his flip. 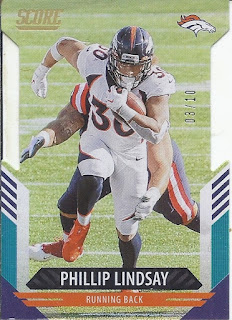 This was as low as the box got in terms of numbered cards. No special name, or colour attached to this parallel. Just a description - a die-cut parallel. But it is 3/10, and Lindsay sports #30, so this is obviously an ebay 1/1 in addition to being a low-numbered card.
There you have it!

Posted by buckstorecards at 12:00