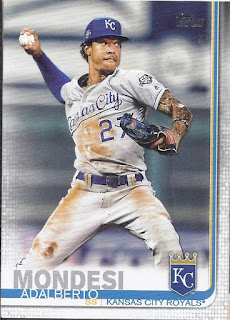 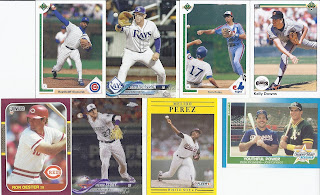 Topps Chrome Update should easily win this group's "Wasn't expecting that set" nod. Among the rest, we've got the Wrigley ivy visible on both a home team and a road team card from the same set. And those Superstar Specials could always give some interesting combos on them. Did Incaviglia ever appear youthful? 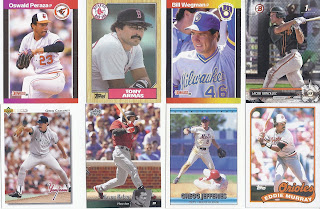 Nothing too much of note here, but there is another double play attempt on a card, and that 1989 Murray is also nice enough. 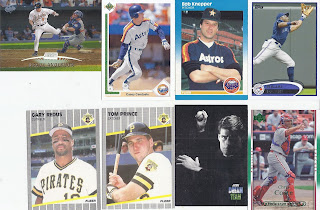 That Brady Anderson is a beauty of a photo from Stadium Club. It is perfectly framed to show that it really didn't matter how close the catcher came to a tag, the ball is slipping away at the lower right of the photo. The Jays make an appearance with a really nice catch on the Davis card, and that Conte might end up in the mask binder instead of the misc. baseball binder. I don't think that was the prediction that the predictor parallel was making.
There you have it!

Posted by buckstorecards at 11:13