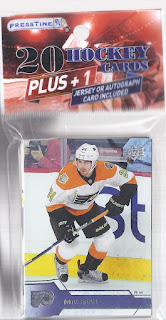 They've got these type of repacks at the 7-11 as well. I just grabbed the first two on the rack. 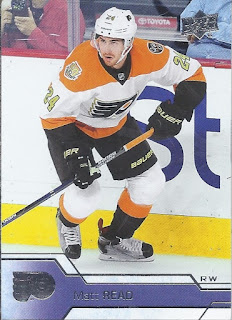 Let's get a little closer look at the first card in this. 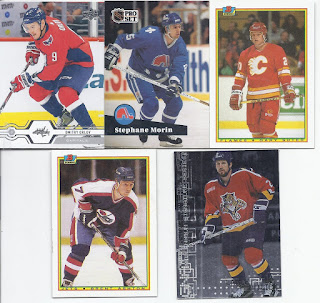 We get right into the 1990 Bowman of the pack. He spent 3 seasons there after his run in Ottawa, but I completely forgot that Lance Pitlick wrapped up his NHL career with the Panthers. 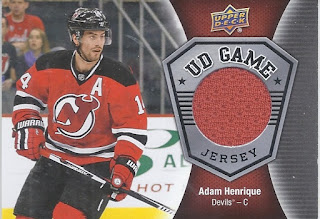 Looks like the hit shows up early in this repack. A very basic design for these, but UD has put out some nice ones in recent years when it comes to the windows on the product. It is basic here, but at least the swatch colour match the primary one in the photo. 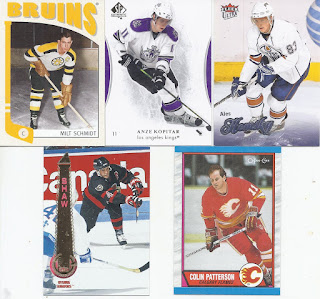 A Milt Schmidt appearance plus a new Sens card? As seems to happen often with these, I like the regular non-hits in these packs more than the actual hit. 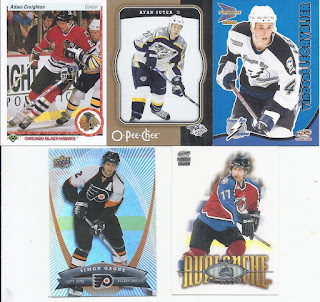 While the Gagne is obviously a shiny card, it still lacks the brilliance on the LaCavalier, even if that isn't shown in the scan. It goes nicely with the team colours as well. It is yet another card that I liked more than the actual hit in the product. 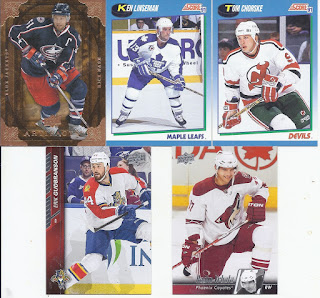 And here's the last of 'em. The Gudbranson was the card on the back of the repack. Not the most interesting way to wrap it up, but it was still interesting enough.
Posted by buckstorecards at 10:40