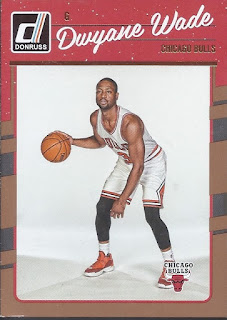 2016 Donruss - Dwyane Wade - A solid start to the final portion. 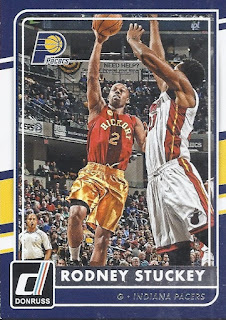 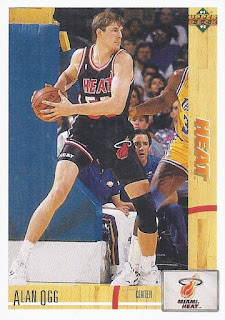 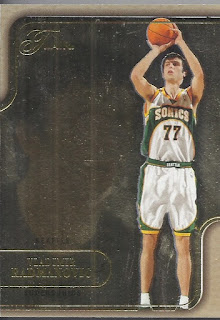 2003 Flair - Vladimir Radmanovic - Of course this is yet another should-be-numbered card.
2007 Topps - Emeka Okafor 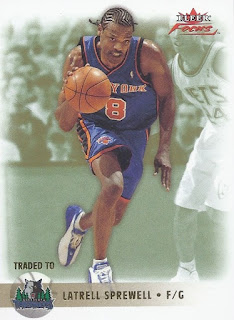 2003 Focus - Latrell Sprewell - My 3rd of these Sprewell should-be-numbereds in this entire cube.
2004 Skybox - Luke Jackson 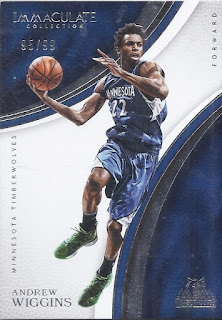 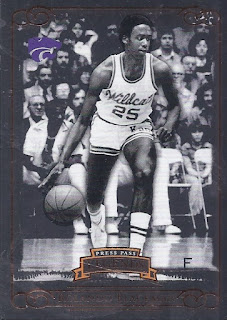 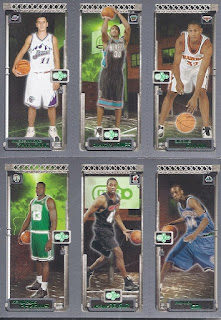 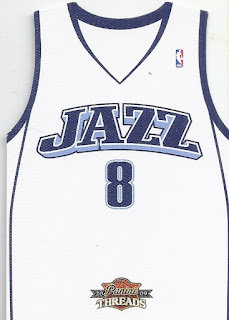 2010 Panini Threads - Team Threads Home - Deron Williams - Not the biggest name, but these die-cut cards are a nice, unique inserts. 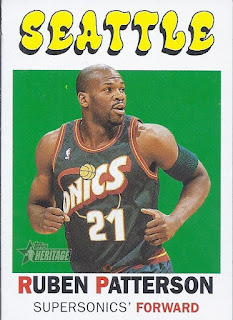 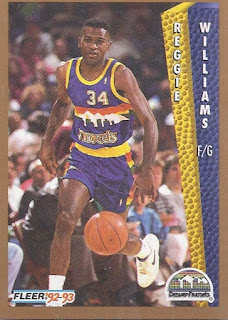 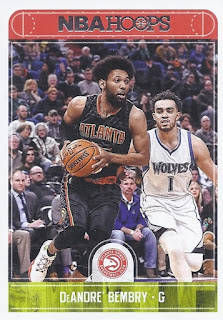 2017 Hoops - DeAndre' Bembry - It might not be a Raptors card, but the cube ends on a current member of the team. He's been a pleasant addition in this forgettable seasons, and will probably be back in 21-22. If that doesn't land him a Hoops card, I guess I'll have to use one of his NCAA entries. Where he also played for the Hawks (Saint Joseph's).
And that's 250 cards worth of repackness, give or take a card or three. Very solid, and quite a few keepers here with some nice photographs, some hits, some filler for future trades, and even a couple new Raptors for that PC. Better than a hobby box? I guess depending on the cards that came out from said box, maybe, but definitely more fun!
Posted by buckstorecards at 19:07