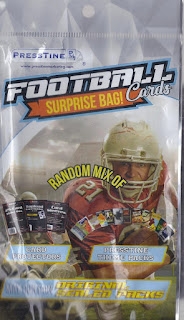 The first of these I tried earlier this year was pretty good. Let's go again! 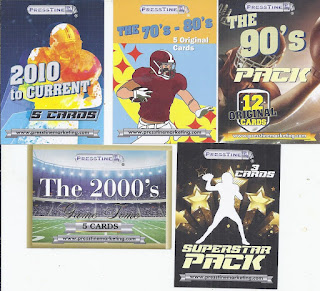 Only cards this time in the repack. I'll go chronologically, and end with the Superstars. 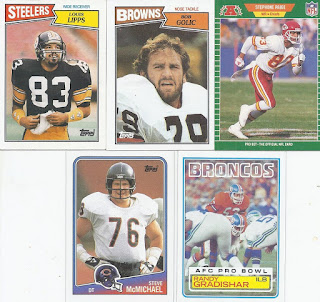 The appearance of Mongo in this means this is the second repack in the shipment that I can use the wrestling tag on. Also, if you're not following "what will mongo do next?" on twitter, why aren't you? 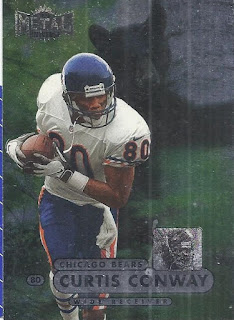 The best card in the 90s pack was a new Jim Kelly for the 2/14 collection, but that success won't be repeated with this one. Here, the big winner was this great Curtis Conway card from 1998 Metal Universe. A bear in the background of a Bears card? Perfect! 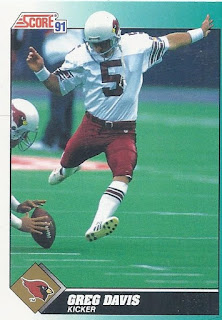 Kicker mojo! Although a kicker was far more likely to make an appearance on cardboard in the junk wax era than in today's releases. 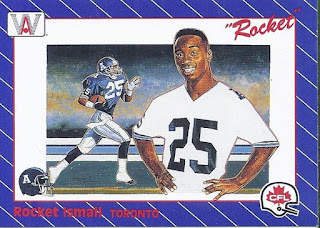 Even some CFL love! 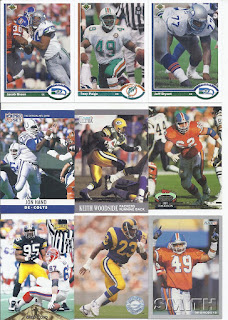 Here's the rest of the 90s pack. The three Upper Deck cards at the top were in numerical order for the set as well. 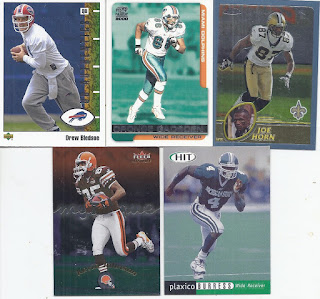 I guess I had to wait until 2000 for there to be some 2/14 content in this one. This is my 114th card of Bledsoe. Joe Horn's card mentions his CFL time, so that's a bonus as well. And then there's firearms aficionado Plaxico Burress! 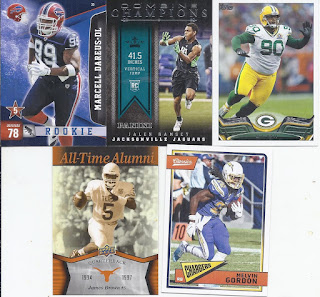 Your Superstars! Newton and Jones are, but with only a few games under his belt, Alan Harper really does not.  But it is a rookie card, so there is that.

There you have it! I'm expecting my Score box to arrive tomorrow, so I'll take a break from football repacks for the time being, and return to this when I'm through recapping the box .
Posted by buckstorecards at 19:47