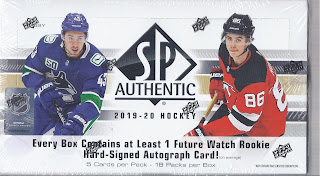 Here's a box of the latest product to hit the shelves, launching earlier today. While I do have some group break cards on the way at some point for my various PCs, I'll still do a box worth. This might even be my first box of SP Authentic that I've ever busted. I usually just do a pack or two here and there. 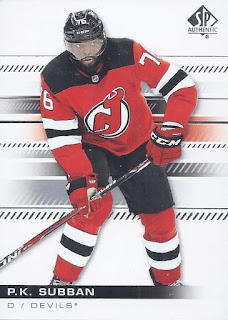 The first base card from the box. There's a little less colour on the fronts than in previous years. 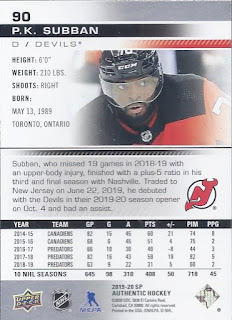 But the backs seem busier, but that might be due to lengthier write-ups. 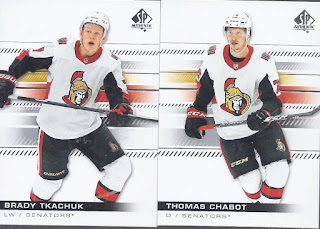 The Sens warranted two cards among the base 1-100 set. Sounds about right for this season. 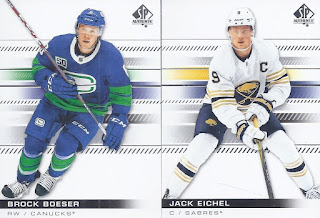 While you don't buy this for the photography, the Vancouver and Buffalo 50th anniversary jerseys make an appearance. 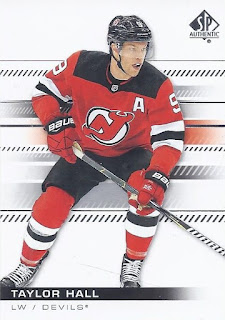 Something interesting about the set was that Taylor Hall was still with the Devils on the base cards. 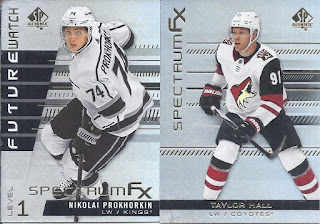 But had moved on to the Coyotes for the inserts. 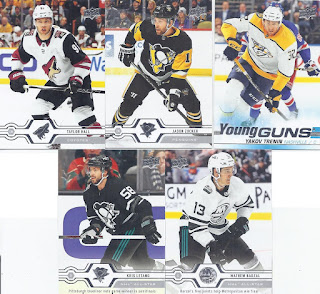 As well as on the Upper Deck Update cards. These include a mix of traded players, Young Guns and All-Star highlights. 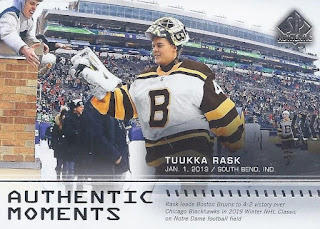 Authentic Moments returns with SPd cards for the extended base set, which includes the rookie content, both autographed and not. 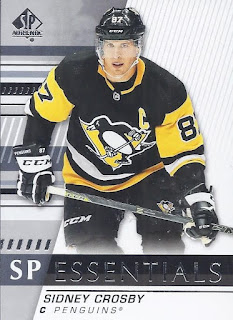 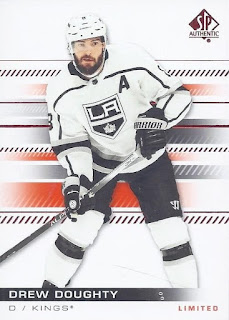 As do the red/Limited parallels. There were three each of the reds, Authentic Moments and SP Essentials in the box. 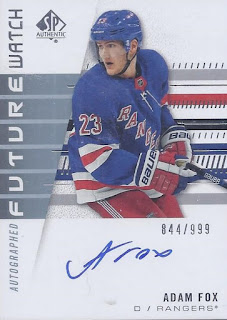 Here's the first one. Interestingly, I pulled a redemption auto of his in my first box of Credentials, but he's live here. I guess that bodes well for my auto being fulfilled sooner rather than later. But you would figure an autograph as basic as that would be fairly quick to add to cards. 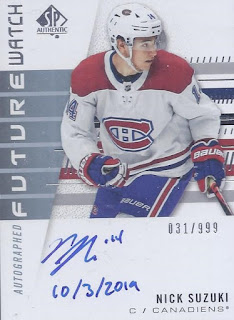 And here's the second one. Another player who has been a redemption in recent releases. but again is live in this release. The first 50 stamped cards for some of the Future Watch are Inscribed parallels, with the date of the player's first NHL game added to the card. At least it is more legible than the signature.

Some good player autographs, if not necessarily so in the penmanship department.

There you have it!
Posted by buckstorecards at 20:36