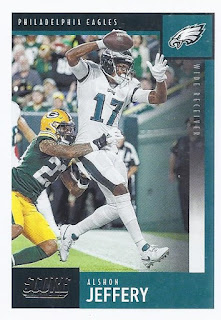 My first 2/14 card of the box comes in this pack. The content looks limited to Alshon and Clowney this season, and it was my 104th Alshon card in that. 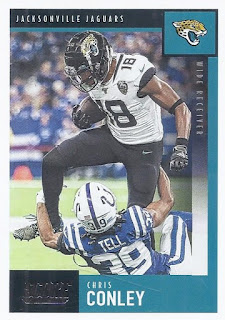 Fortunately for Marvell Tell, he did get a few rookie cards last year, and this card with Chris Conley barreling through him isn't his cardboard debut. 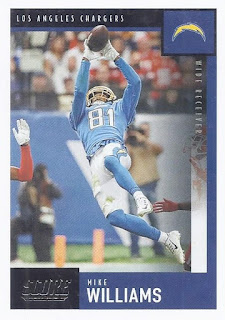 This looks like a photo that should be on one of the All-Hands team insert cards. 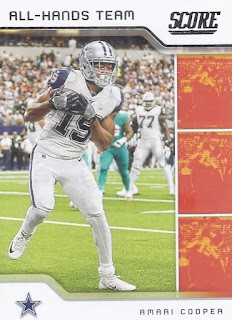 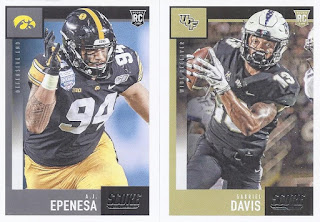 Bills content consisted of two draft picks. Epenesa went in the second round, with Davis being a 4th rounder. 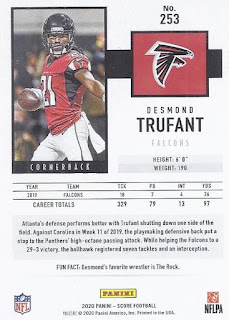 I've got some wrestling content among the fun facts in this pack. 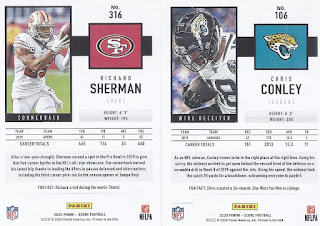 There was also some cinematic goodies among the facts. And yes, you can watch Conley's fan film online. 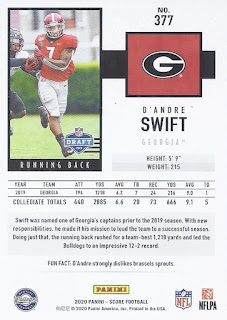 And because I can never have too many wrestling references in one post, here's one I have just for the wording, which reminds me of: 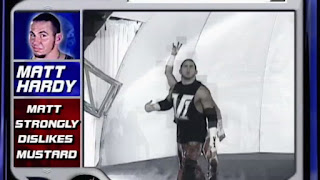 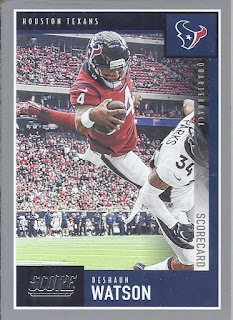 There you have it!
Posted by buckstorecards at 05:52