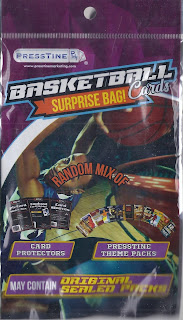 And here's the other basketball repack. 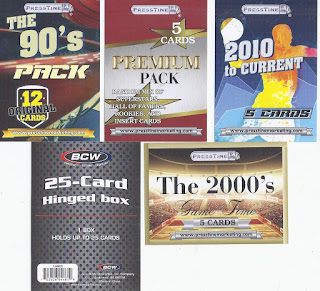 And the contents thereof. I'll start with the decade packs, and end with all things Premium. 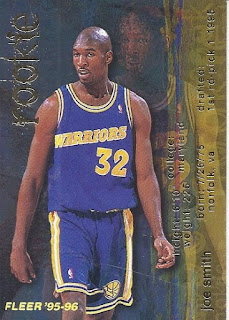 A rookie card of a number one draft pick - in among the junk wax of the 90s pack. That didn't bode well for a look back at his career. Even though the card is surprisingly understated for a 1995 Fleer card. 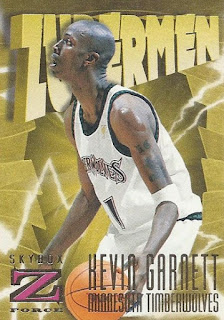 Zupermen might be a terrible, terrible pun, but it is a pretty nice early career card of Garnett. 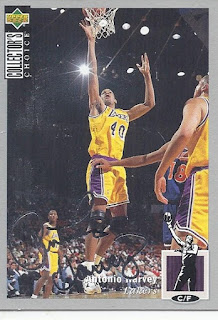 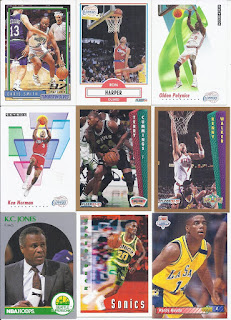 Here's the rest of them. Rather Clippers-intensive, with them being represented on 4 of these cards. Woods was a Clippers draft pick, but you'd have to turn the card over for confirmation. 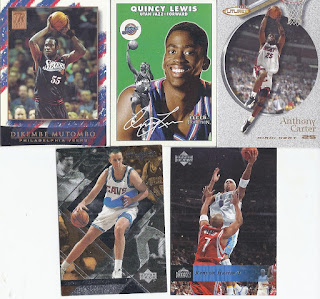 The easy highlight of the 2000s pack is the Dikembe out of Topps Reserve. Although it is hard to imagine any grouping where a Dikembe appearance wouldn't be the highlight. That Heritage-ish Lewis is pretty nice as well. 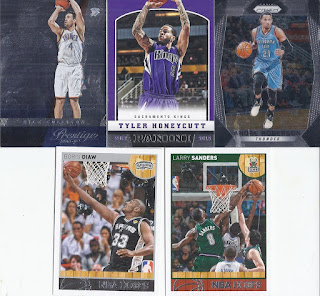 The 2010s stuff was pretty bland. I guess my favourite here is the Honeycutt, with the usage of colourful borders in the team colours. 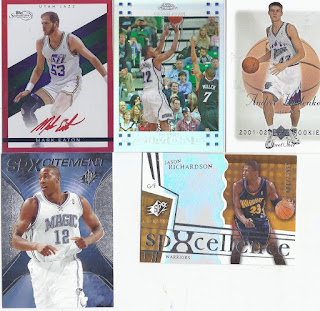 And your Premium cards. All 5 of these cards are numbered, with the Eaton and Almond being parallels. Kirilenko had himself a pretty decent career, so his rookie card /1200 is the big one here in terms of book value. My favourite though is the Richardson, with just the slight hologram element to the design. But it is a close competition with the shiny Almond.

There you have it! Football up next, and it will depend on the mail to determine whether it will be a repack or some new 2020 Score.
Posted by buckstorecards at 10:33