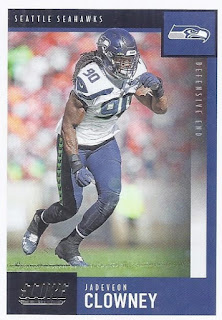 Following yesterday's Alshon appearance, here's the other 2/14 content among the base. Although Clowney was traded to Seattle before the start of last season, this is my first card for him where he's with the Seahawks. 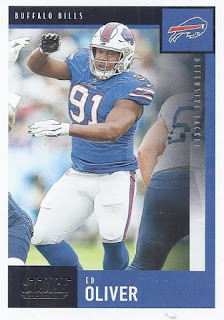 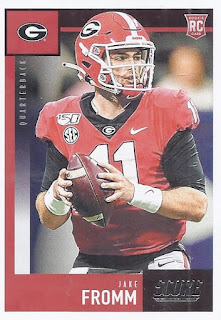 Bills content #2. Sorta. But it counts for my binders. 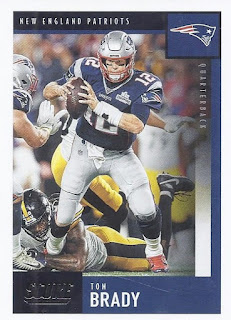 This will probably be one of the last cards of an active Tom Brady where he's both pictured with an listed as a Patriot. 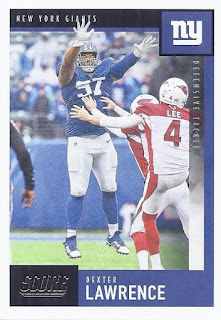 Since you really don't see a lot of attempts to block punts represented on cards, here's my pick for the best photograph in the pack. 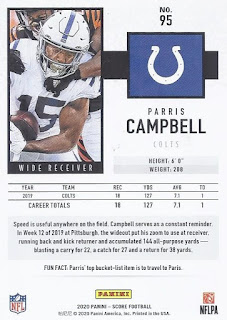 When you think of it, this Fun Fact makes a lot of sense. 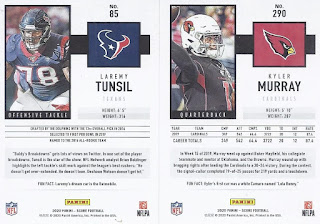 Here's a couple of vehicular ones. 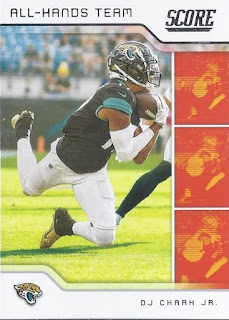 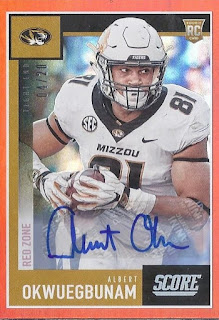 With the first autograph being underwhelming, it is nice to at least get one of someone who was drafted. He also made an appearance in the draft insert from this release, so there is a little bit of hype around him. He went to Denver in the 4th round. Due to the length of his last name, I'll let him get away with abbreviating it. My penmanship grading isn't that harsh.

There you have it!
Posted by buckstorecards at 07:54