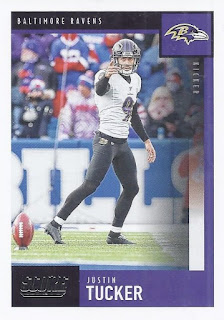 Starting off this pack, here's a kicker card, and an interestingly framed photo at that. 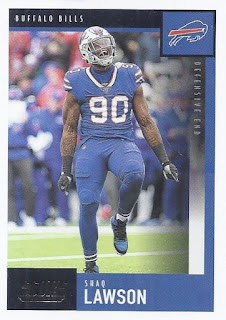 That Tucker photo originated from a Bills game, so it is a nice lead-in to the only Bills card in the pack. 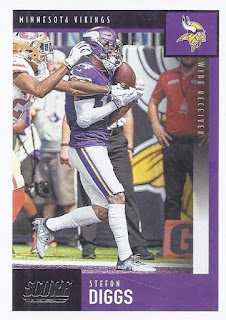 And here's someone who should be appearing on Bills cards later this season. 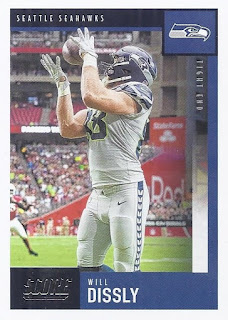 While the Tucker is my favourite photo in this pack, honourable mention goes to this photo of the ball gently landing in Will Dissly's hands. 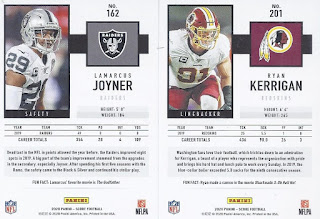 Cinematic contrasts among the Fun Facts in this pack. 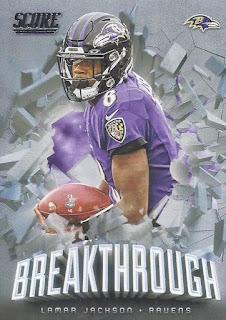 2019 was definitely a breakthrough season for Lamar Jackson, perfect for this insert set. 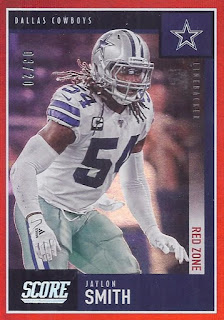 Here's the lowest numbered parallel in the box.

There you have it! Not the most interesting pack in the box, but a couple notable cards.
Posted by buckstorecards at 05:15