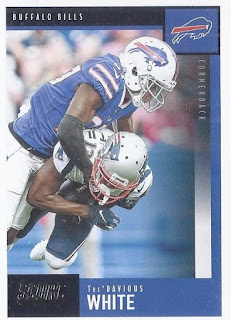 Starting a pack recap with a Bills card is a good idea. 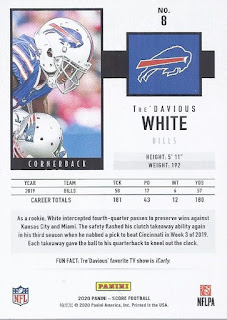 I could have spent days guessing as to what his favourite TV show was, and I still wouldn't have guessed that it was iCarly. 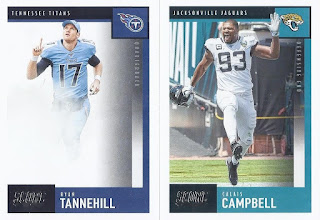 There were a couple of pre-game entrance photos this time around. That Tannehill is a card that would look perfect with an autograph to go alongside it. 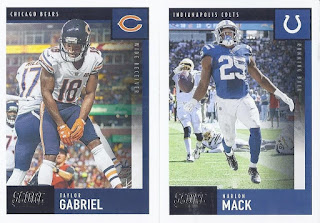 And here's a couple celebratory photographs as well. 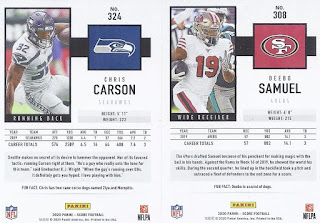 Returning to the Fun Fact portion of the pack, here's a contrast in canines. 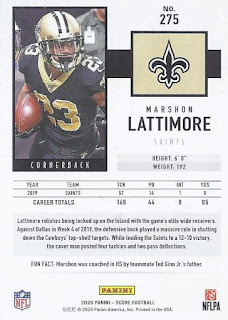 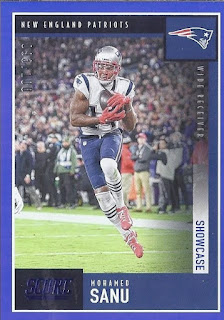 My parallel card in this pack showcases how nice it is when the colour of the parallel matches (one of) the team colours. 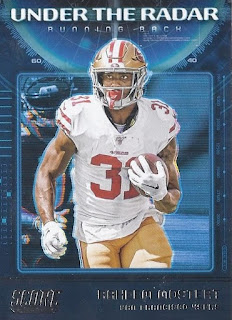 This is what I expect from a set named Under the Radar. It should be devoted to people that haven't made a lot of appearances in sets prior to this release. Sadly, the checklist seems to be more made up of people like Jameis Winston than Raheem Mostert. 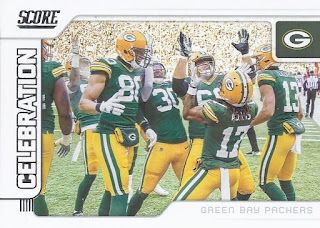 They might not have won the Super Bowl, but the Pack can still celebrate.
Posted by buckstorecards at 09:20