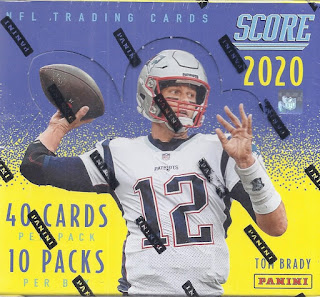 2 and half days after the supposed delivery date, this arrived. So, let's start the football season with the first pack. I'll go through this one pack per post per day. 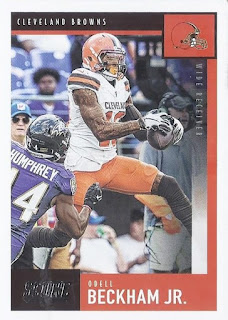 A solid start to the season with the first card out, even if it is a normal enough 2-handed catch with minimal acrobatics from Odell. 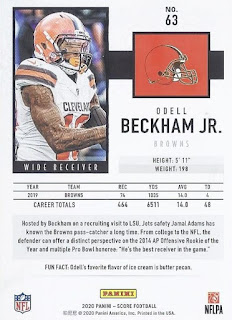 The back of the card. The photo is re-used, but the 'Fun Fact', which was on all the base cards, more than make up for it. So much so, while I originally planned to recap multiple packs per post, I changed my mind to instead recap just one to highlight some of my favourite facts. 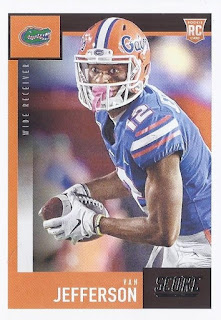 Very little change in the base design, with logos and names just being switched to the other side of the card. 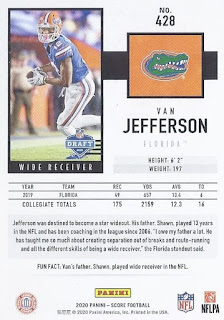 I guess they couldn't find too fun a fact about Van, since they more or less copied it over from the biography. 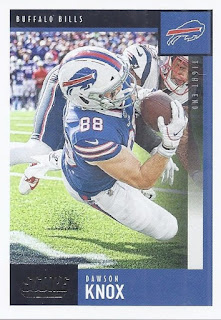 My first Bills card of the year also includes an amazing photo to go with it. 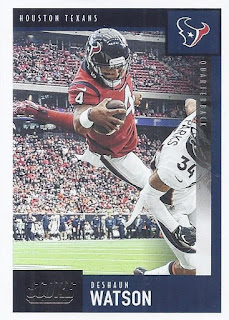 But it pales in comparison to this even more impressive dive on Deshaun Watson's card. 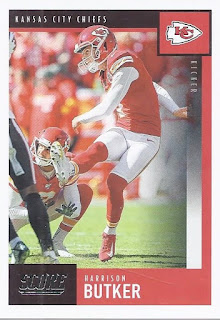 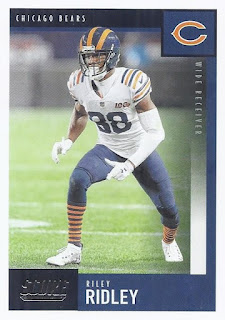 And a throwback uniform as well. 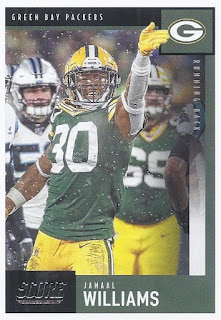 Let's see a bit of the weather as well, from the frozen tundra of Lambeau. 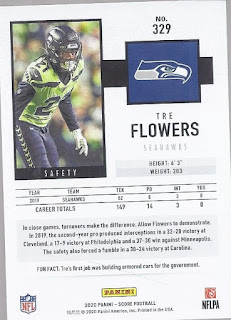 Returning to the backs and the fun facts contained upon them, Tre Flowers and his first job wins the first pack's competition easily. 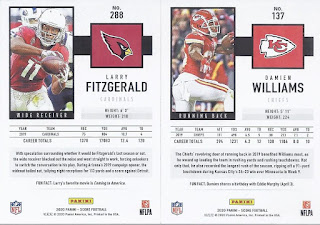 But collation does lead to a pair of Eddie Murphy factoids. 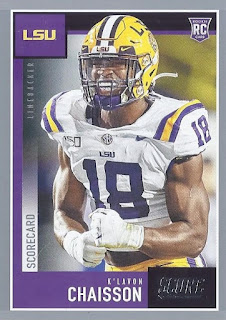 Are there parallels in this? Of course there are! 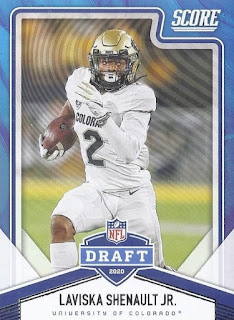 The Draft insert set also returns, as an excuse to add more rookie content. Laviska went to the Jaguars in the second round. 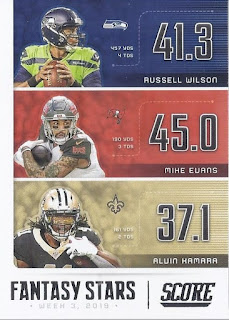 As has been the usual for the past few seasons, the Fantasy themed inserts are easily the the least interesting for me. 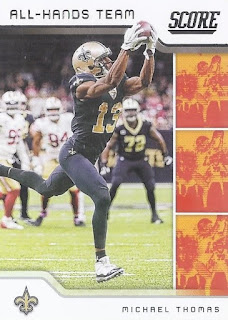 But the All-Hands team also returns with nice photography to make up for it. 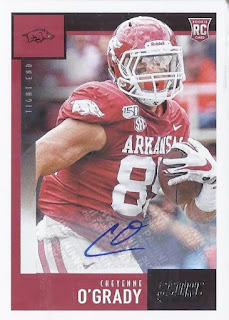 First pack! First auto! Cheyenne O'Grady was undrafted, and remains unsigned at this point. There are 110 cards in the rookie portion of the set, most with autos, and he is one of 2 players that don't have a team yet. That's a pretty good ratio on the whole for Panini, even if I ended up on the bad side of the percentages.

There you have it!
Posted by buckstorecards at 14:56