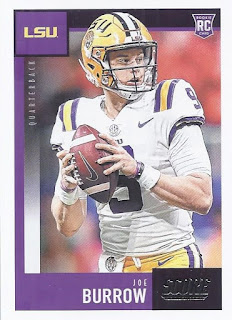 Here's your number one draft pick! He actually has two cards in this portion of the set, this one, and one where he is with Ohio State. Neither one appears to be SPd, as they're just grouped in with the rest of the rookies. 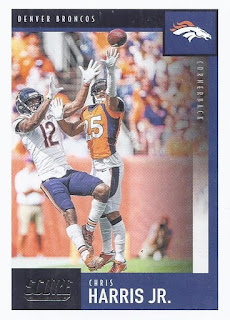 Best photo in the pack will go to either this likely interception by Harris. 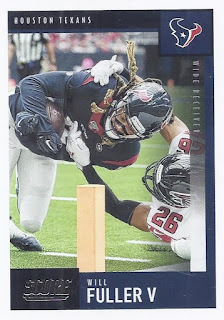 Or this close-up of a pylon as Will Fuller tries to inch in for a touchdown. 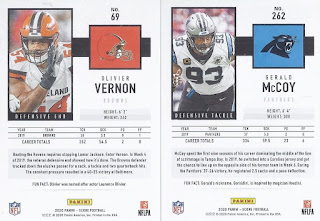 A name/nickname battle for this pack's Fun Facts. 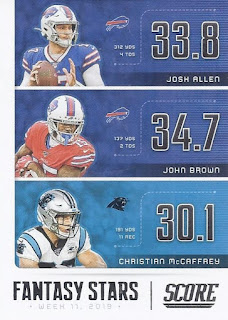 I may not be the biggest fan of these fantasy-themed inserts, but it did provide this pack's Bills content.

Wow. Aside from knowing I won't have to shell out a couple bucks for the Burrow on the secondary market, this was the dullest pack in the box.
Posted by buckstorecards at 08:53