2020 Adventures in Repacks: Part 8.1 - Surprises Straight From The Source

Yes, I didn't wait for the repacks to arrive at the stores - this time I went straight to the repack company. I got 3 250 count cubes of basketball, football and hockey. The Surprise Bags I get for hockey at the Dollarama have also been adapted for other sports. They're a little costlier, but the content appears better. 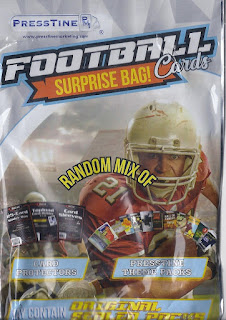 So let's do one of these! 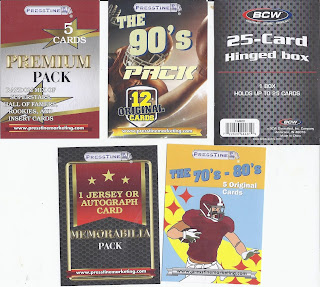 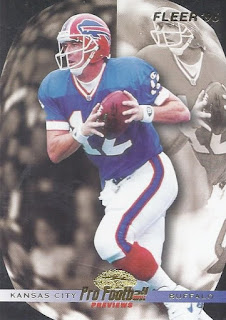 I knew I'd enjoy this grouping, as there was already a visible card that would be perfect for one of my PCs. If it was a dupe, I could pass on this being in my 2/14 collection for the Bills one, but this is my first acquisition of one of these.

Here's a trio of the drawn checklist cards that UD used in some of their earlier releases. That;s Jeff Herrod, Christian Okoye, and Marion Butts. 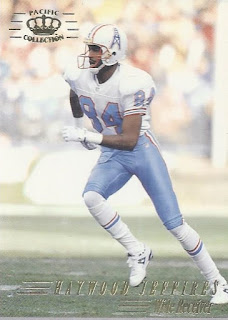 I swear I didn't know that his last name was spelled Jeffires until I saw this card. 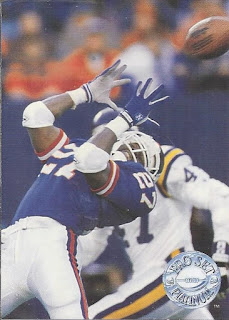 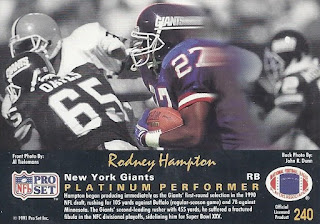 The best thing about this card is that both photos are spectacular. 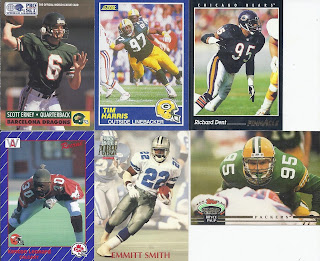 And this wraps up this little grouping. It is an interesting group of cards when an appearance by Emmitt Smith is in my lower tier. 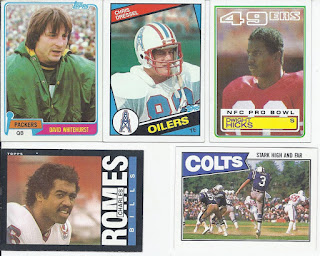 As with the hockey, the 70s/80s repack contained just cards from the 80s, but at least there was another Bills appearance in the group. And where the hell was that Colts game being played? That looks like a high school field. And the fact that the team card features a punter was appropriate, since it recaps a season when they went 3-13, with the 3 wins closing out the season. 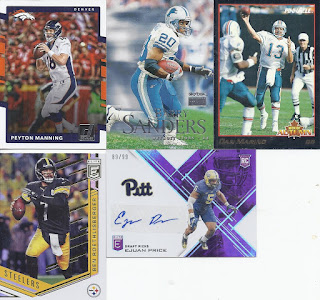 I was not expecting an autograph in the Premium Pack grouping. Price only made the field for one game with the Rams, but that's still one more than I'd see. As for the rest, that's a nice mix of current big names and HOFers. Needless to say, Men of Autumn really didn't catch on as a description of NFLers. 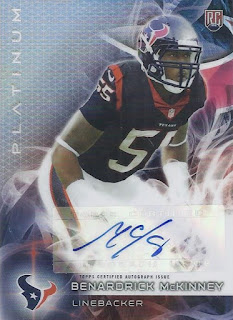 And your memorabilia pack didn't contain a swatch, but an auto. Even better, McKinney is still in the league, which was unexpected. The last year of Topps Platinum football has a great design, and I'll always be partial for the team logo being in the background.

And there you have it! I also got the basketball version of this, and it will be a challenge for it to better the content in this.
Posted by buckstorecards at 04:00