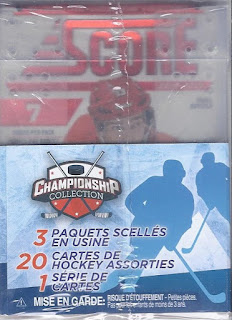 Unsurprisingly, the hanger repacks that contain the occasional pre-Parkie weren't on the shelves any more. So I'll bust one of these instead. 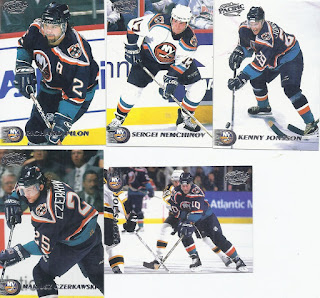 The first one of these contained a visible '95 Donruss card, followed by 19 more. Here there was some variety as the Nemchinov card was visible, but there were 5 cards each from 4 sets as well. The Pacific was all Islanders, but at least the fisherman was gone by then. 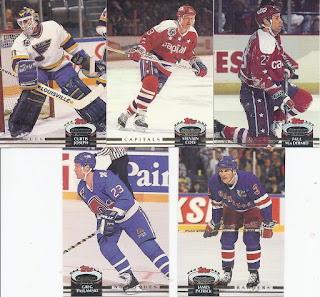 Stadium Club wasn't all unique photos off the start. But I guess Paul MacDermid getting up is something different, if not necessarily flattering. 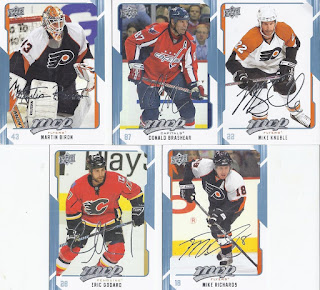 The MVP added a new mask binder card, a Rangers alum and a card bound for Ann Arbor to the haul. 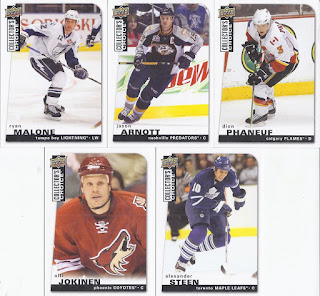 And Collector's Choice? It was there. 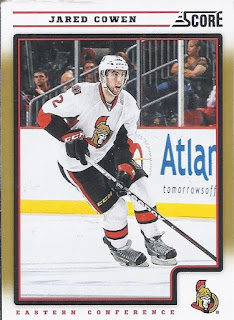 But the gold parallel in the Score pack was a Senator. 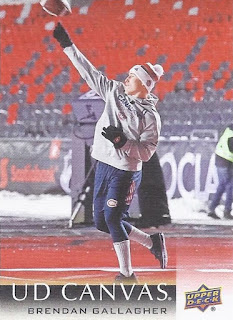 Sorta Sens content on this card as well, as we've got a photo from the outdoor game played in Ottawa. And unlike Mark DeRosa, Gallagher is using the proper CFL ball. 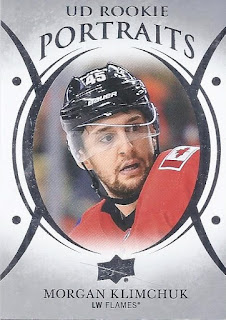 We even have Sens involvement on the final insert/parallel from the packs, as Klimchuk is playing with the AHL's Belleville Senators at this point. So, if I fudge the rules a smidge, I can consider all 3 of these cards to be additions to the Sens collection.