Too Many Hockey Cards

Looks like it is back to the recent mailer from Dennis @ Too Many Manninghams/Verlanders today. This is post #3 featuring content from it, with at least two more to go. 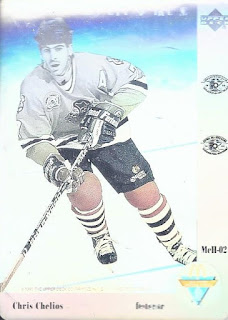 While this doesn't hit any of my PCs other than my unofficial "holograms rule" PC, that's enough for me. 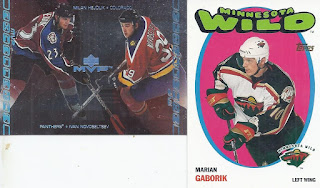 Now the 2/14 collection is an official one, and it gains two cards with these additions. Milan remains 7 up in the player lead for the collection, 192 to 185. 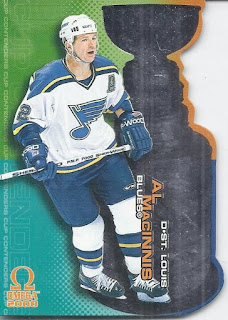 Al's chase of Stanley wasn't as successful with the Blues as it was with the Flames, but this is still a great addition to my Rangers alum collection. 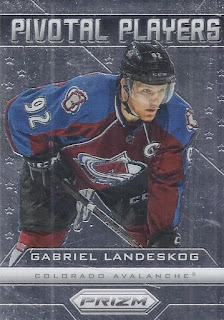 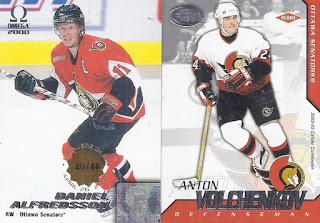 Now to switch over to my Sens PC, with a pair of cards destined for hits/numbered cards portion of that binder. Volchenkov is numbered on the back, and is out of /299. 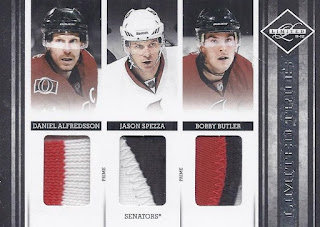 Only one relic card in this group of hockey cards, but at least it was nice enough to include three of them! 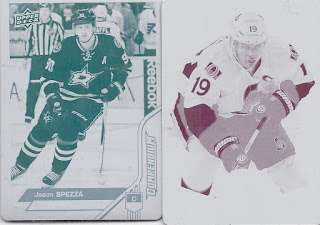 From a Spezza relic to a pair of Spezza plates. One Dallas, one Ottawa. Will we be able to break this tie? 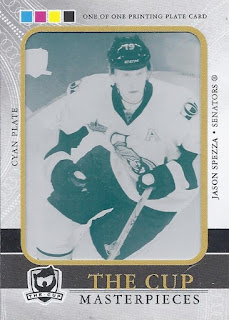 Yup! After having zero in my possession a month ago, this is now my second framed plate relic coming from a release of The Cup. Unlike the earlier Matt O'Connor, here the relic comes from an actual Cup card, and is of his base /249 card in the release.

Thanks so much for these cards, and keep your eyes on your mailbox as I'll be dropping something off at the post office today, and have some COMC goodies on the way for a second mailer.
Posted by buckstorecards at 04:49