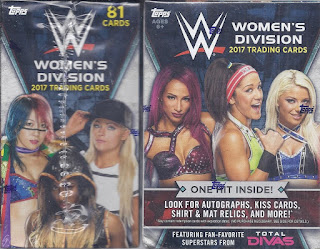 I was going to pick up a blaster of the newest WWE release on the shelves at Walmart (which I think was Road to Wrestlemania, but don't quite remember), but these were discounted, and I figured a pair of them should land me the complete set.

There's a 50 card base set that comprises a mix of current and retired stars. The former are grouped together in the set based on the TV show they were most associated with at the time.

The legend's portion is interesting, as there were a few names I wouldn't expect to find in a 2017 release. Such as these three. 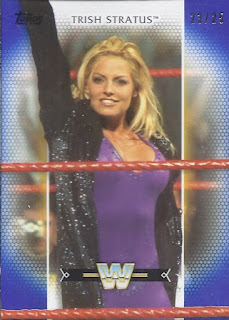 Here's a parallel of someone who I'm not surprised to find in the legend's portion of the set. This was the only one I got. 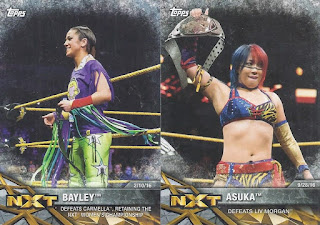 The other main cards in the box were sort of a year in review deal. Unsurprisingly, the NXT portion had lots of appearances by Bayley and Asuka. 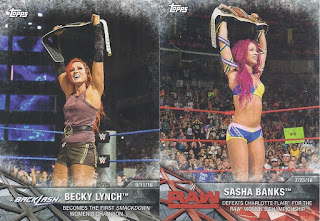 There's a little more variety in the portion of the set devoted to the main shows. 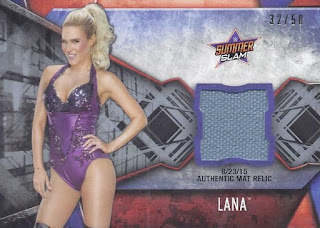 As for the one-per-blaster hits, I got one of each. Lana didn't wrestle at Summerslam 2015, so I'm not sure why they opted to use a picture of her in her gear. 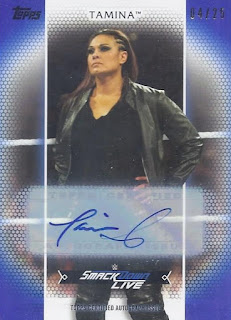 And an autograph. It isn't exactly a penmanship gem, but there aren't too many autograph of Tamina out there. 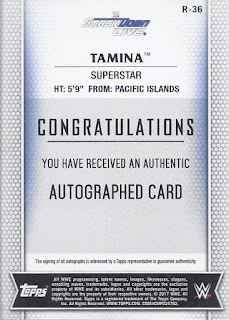 You'd think they could narrow down her 'From:' a little more than this rather generic location.

But there you have it! If you're watching it, enjoy the Rumble!
Posted by buckstorecards at 09:46