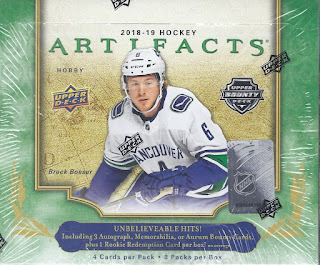 And my second box of the Boxing Day breaks. 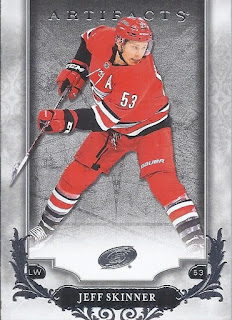 I didn't get any Senators cards in the box, so here's a Kitchener Rangers alum instead, featured on what is likely one of his last cards as a member of the 'canes. 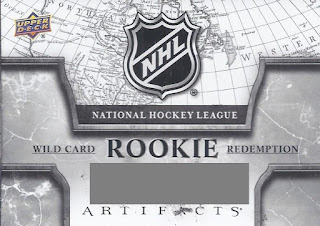 Among the numbered base cards, this was the only thing close to one I landed. This will turn into a Dillon Dubé card in the future.

The lack of base cards means more parallels. And here's three of the parallels. The ruby parallels look especially nice with the Red Wings colours on the Mantha. And there's a new Paul Coffey for my Rangers alum binder! 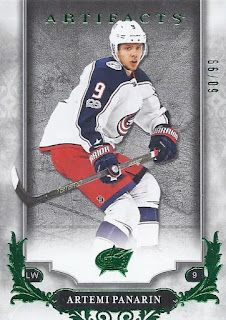 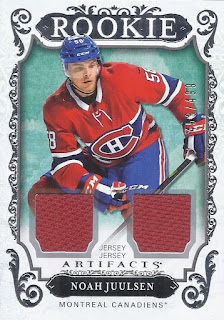 With the numbering scheme, these still count as parallels, so here's Noah Juulsen with a couple of nice red swatches. 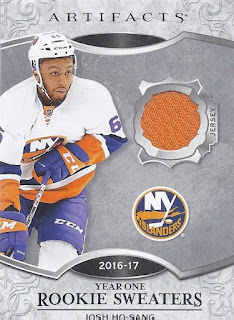 Although it is one of the team's colours, I really enjoy pulling the slightly rarer orange swatches of Islanders players. Maybe just because it feels like I'm getting a Mets relic. 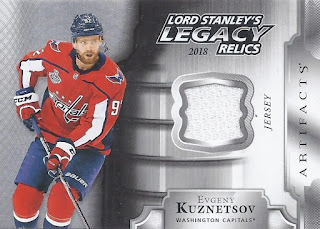 So, that's the guaranteed three hits per box. Where was the boom? 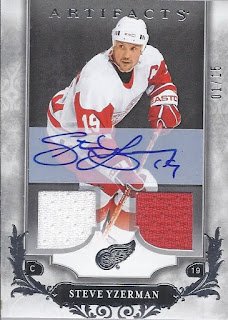 There was an unexpected fourth hit in the box. This is my second /15 auto/relic of a Hall of Famer in two boxes. It is really hard to pull a better pair of cards over two boxes than Brodeur and Yzerman autographs from some mid-range products. Even if the relics didn't include a patch as one of the two swatches, it was nice that they are both different colours. And it is an ebay 1/1 as well, assuming I ever decide to part with it, which I very likely won't.

This box also put myself within 3 cards of completing the 1-100 base set of this, so I've added those 3 names to my set builder want list linked at the side.

And there you have it!
Posted by buckstorecards at 08:43