I will do the e-pack thing ever so often through Upper Deck, mainly due to the ease of being able to get them through COMC shipments. While I did hit the jackpot not that long ago when I landed a printing plate of a 2/14 guy, there were some less successful ones. But I'll still show off the cards! 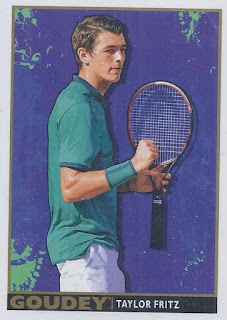 I'm not sure why I grabbed a random pack of Goodwin Champions, but here's a tennis player from it. 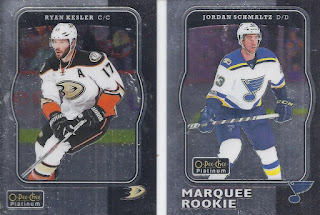 Here's some retros from OPC Platinum. I really wish they'd gone for the look from that year's OPC instead of the 07-08 design. 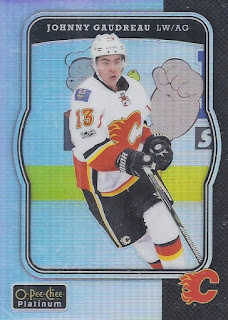 That Popeye rink board ad comes through again! 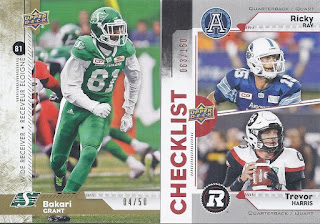 Much like with the physical packs, the e-packs of 2018 CFL contain either a numbered parallel... 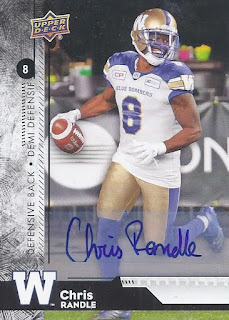 or a hit! Chris Randle was just released by the Bombers , but will probably be signing his name to a contract with another team shortly. And that will be a nice signature on the contract, since he's also a candidate for the penmanship binder.

Posted by buckstorecards at 09:35