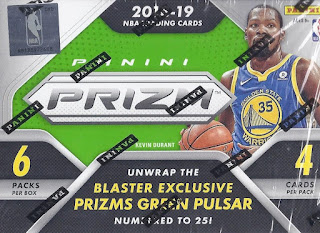 I am not used to seeing any basketball products on the shelves at my local Wally World, so I just had to take a chance with one. Since my Raptors case break was pretty sparse beyond the base cards and parallels, I was also looking to get my hands on some of the other inserts. 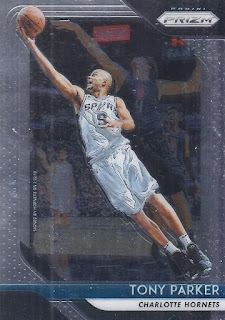 First card out. I don't think I'll get used to seeing Tony Parker on any team but the Spurs. 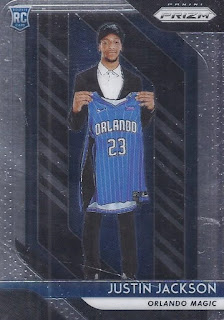 I prefer these draft day jersey photos to the supposed action photos from the photoshoots. This card will make its way to my small 'Canadians in the NBA' collection. 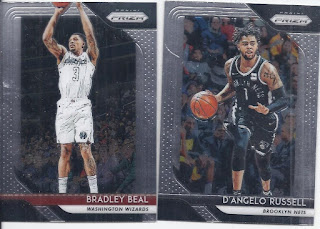 A couple of the 'City' alternate jerseys also made an appearance.

Here's three of the inserts.

Shininess! The green here is not one of the /25 green pulsar parallels advertised on the box. It is just a simple green parallel. None of these cards are numbered variations. I love when the colour on the parallel goes with one of the team colours, as with the purple and the Stoudemire. 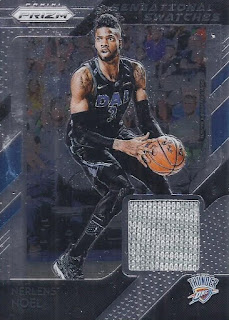 And the hit is actually kinda interesting. I was wondering where that gray would have come from on a Mavs jersey. They sported alternate jerseys that had a city skyline on the top portion of them. I really didn't think I'd be playing "where is this from" on the blaster hit, but I guess I had to.

There you have it!
Posted by buckstorecards at 08:45