I haven't done a repack post since before Christmas. So, despite having some trade envelopes to get to, I probably should get this year's repack adventures started off with one. 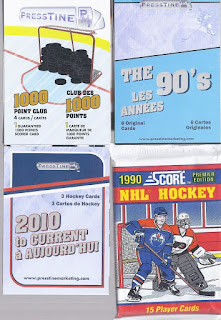 A simple start with a single Dollarama Surprise bag. 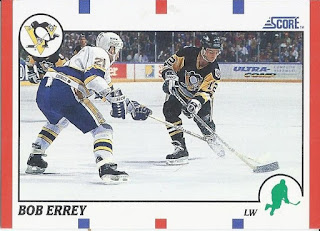 I wasn't able to squeeze any of the 1990 Score cards into any of my PCs, so here's a nice horizontal photo from the pack. I love how much of the rink is in the background, and the snow flying up from the ice by the sticks. 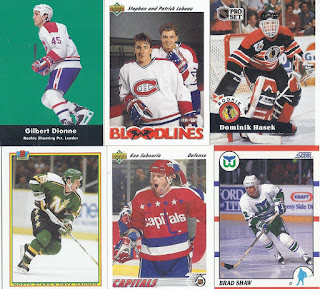 The 1990s pack was all junk wax era cards, but there was some nice stuff there. Despite there being enough of them to wallpaper entire neighbourhoods, a Hasek rookie was unexpected. And Marcel's younger brother Gilbert is a Kitchener Rangers alum. Rookie Shooting % Leader might be an obscure stat used only to get an extra card in a set, but I'll still add it to the alumni collection. 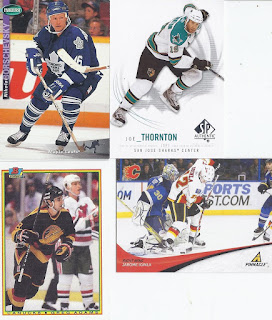 There you have it! Another fun year of busting repacks is underway.
Posted by buckstorecards at 10:35