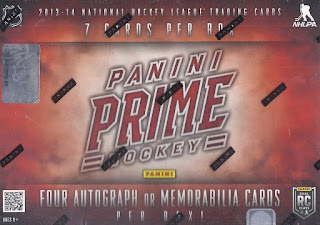 For reasons to come.

The box does lie though - I got 8 cards. 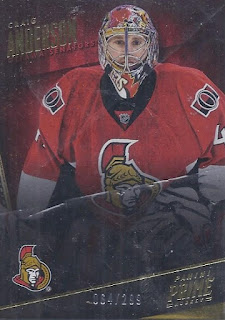 No better way to start off than with a Senators card! 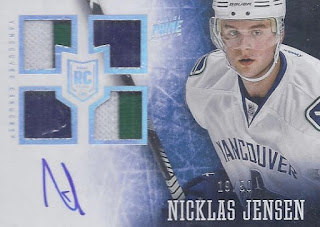 And the first hit of the box is a parallel. Unfortunately, after a short career on this side of the Atlantic, Jensen has taken his atrocious penmanship back across the pond to the KHL. 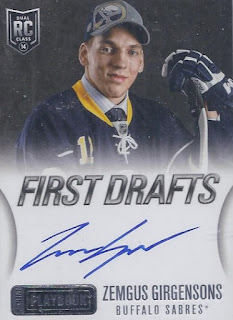 As with a lot of Panini releases as their license wound down, you get hits that should have been in other products. Obviously, this should have been in Playbook. The set featured players on the team that drafted them, so if you really want a zero-year Filip Forsberg card as a Capital, this subset provided one of your chances. 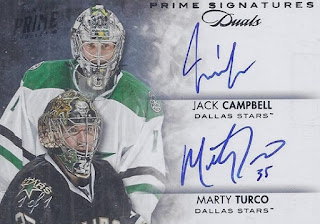 And this is the reason I opted for this box over the Champs. A black parallel for Black Friday. That also means this is a 1 of 1! Obviously, this was intended as a box hit, and it proves that it can be just as much fun to pull something for somebody else's PC (Too Many Manninghams) as it is to get something nice for yours. I regret sending out a package so soon after the Expo and not waiting until I busted this.

At least I got the Anderson for my Sens PC. 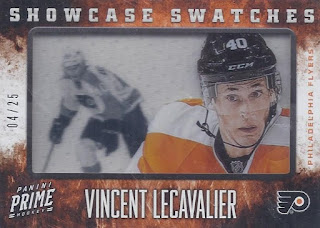 The first pure relic of the set, this has the relic encased in acetate, with the the black and white image over top of that with the colour image on top. A nice look, and it would look really nice if there was an autograph incorporated into it as well - ala Strata. 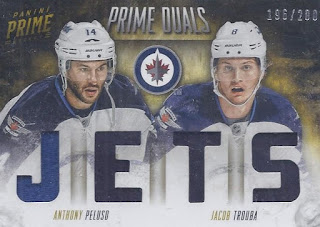 Maybe I should have just sent this box to TMM to open, as here's the second Wolverine alum hit. Peluso is now with the Capitals. 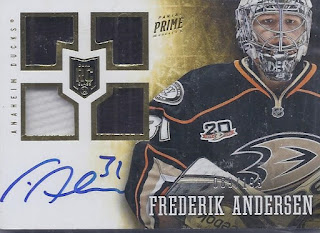 Here's the second of the quad autos. It is still a relevant player at least with this one. 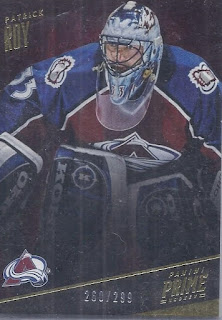 Start with a goaltender. End with one. The Avs colours look really nice on the base card.

And there you go! Two boxes of Champ's to go for my Pre-BF boxes, and then I await the blowout mailday and the case I treated myself to.
Posted by buckstorecards at 07:43