I always love finding new candidates for the 2/14 binder, either coming through COMC Challenges or my googling. There are 5 new names for the spreadsheet this time, with 4 of them falling under the miscellaneous category. 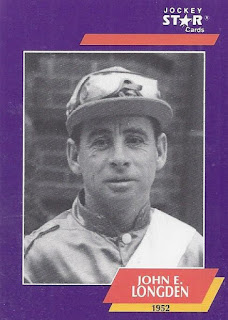 Yes. There was a point in the early 90s when even jockeys got cards. He did make another appearance years later with a base card in ITG's Canadiana release. He's also doubles into a small side-collection of the 2-14 binder, as he also passed away on Valentine's Day. 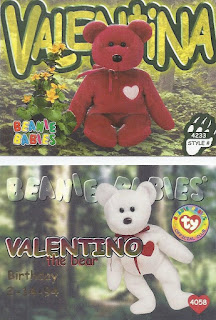 Beanie Babies have birthdays. Yes, they count. And yes, both these are listed separately on the spreadsheet. 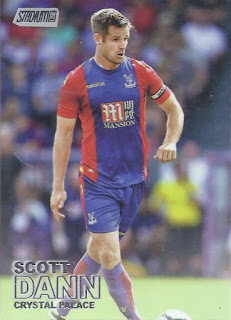 Soccer gets its 8th member of the collection with Scott Dann. I do want to reach the somewhat arbitrary goal of 18 total soccer cards (currently at 12) before it gets its own category. 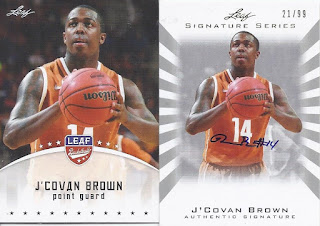 And the only new face that is not miscellaneous is J'Covan Brown. It does seem that the fine folks at Leaf had only one photo available of him, so its on every card. He never played in the NBA, but has been active overseas since the card's issue. He's playing this season in Israel, should wiki be believed.

There you go!
Posted by buckstorecards at 08:41