3 inserts in the pack, and one of them is the black sheep of the hockey Staals. But, at least there's a gold parallel among the Score cards as well. 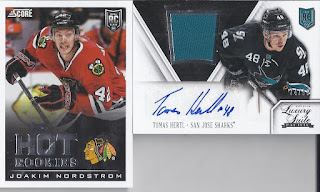 Another really good autograph comes up. While Hertl's signature isn't the WOW pull it was at the time, it is still a pretty good one, and he has a nice looking signature. 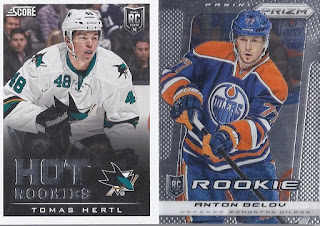 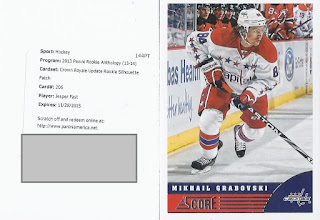 And another hit. Sorta. I love the Silhouette designs, so it was disappointing this wasn't live. As best as I can tell, it doesn't appear to be live. So, I'll be heading to Replacement Land in March. 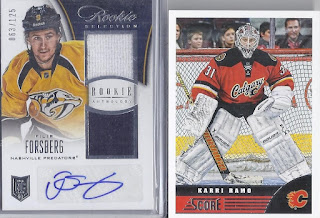 And the last pack contained the Rookie Selection card. And it is another really good hit! Interestingly, the base are generally numbered to /249, but the Forsberg appears to be the only one limited to /125. Nice!

When the Hertl autograph is the 3rd best in the box, that's really good for a mid-range box.