Most of the hockey acquisitions at the Expo consisted of set builders for the last two OPC releases. After all that, I'm 3 out total from both of the team sets. I hit my team collections, got some wax, helped out my trade partners, and then finally picked up some cards that I just liked for random reasons. And that's what's getting posted today. 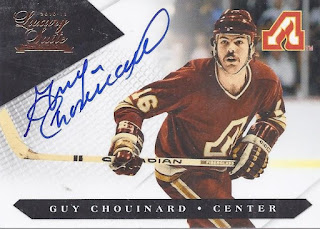 My first Atlanta Flames hit! That's reason enough to get this card, right? 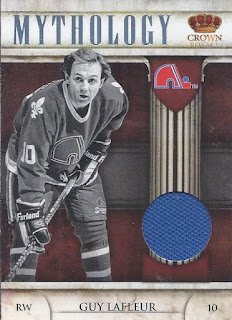 From one defunct team featuring a hit of a Guy to another. Blue Quebec Nordiques relics are high on the list of hits for guys that I find it incredibly hard to pass on. 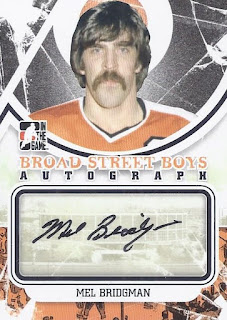 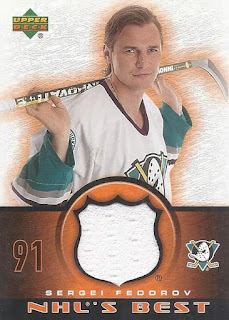 Another Hall of Fame hit. Complete with the "I just joined this team" photo. Looking at other Fedorov cards in this set show a red swatch, so that's obviously not a Ducks jersey used, but since this is a white swatch, I can pretend that it is. 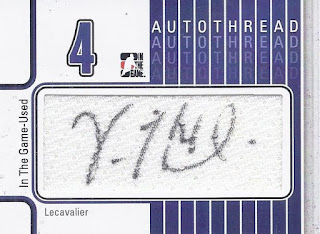 Now that's a great way to use a plain white swatch, especially when you don't have the NHL license. 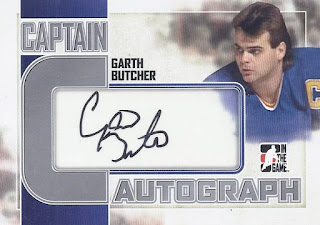 And let's end with an auto from Garth Butcher - junk wax mainstay. As with the Bridgman auto, ITG did such a great job with sticker autographs.

There you go. Two more Expo posts to go!
Posted by buckstorecards at 12:27