Just as the title says, now you get some acquisitions for my various team collections, with little rhyme or reason. I avoided the home team premium at the show by not getting any Raptors or Blue Jays cards. That's one way to do it! 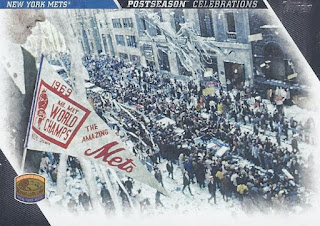 I thought I'd be relying on COMC or sportlots to get my mitts on this retail only card celebrating the Mets first World Series. I love the pennant visible right at the front, complete with Mr. Met! The Jays also have one in the series, but when you look closer at it, you can tell it is from the player introductions during Game 3 of the 1992 Series. Sheesh. 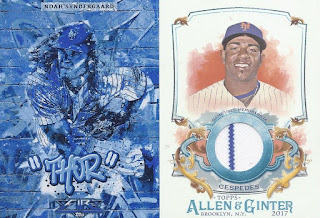 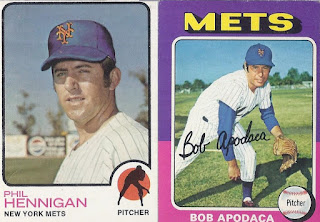 And some vintage 70's goodness! You can't tell from the fronts, but both of these are O-Pee-Chee cards. I was able to get a nice selection of these from a 30 for $10 box, and some of my trading partners will be finding others in upcoming envelopes. 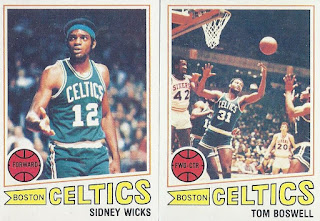 Also in that box - several 70's basketball cards and a couple of nice additions to my Celtics collection. Again, some basketball collectors on my tradelist could find some cards from this set in their bubblers. 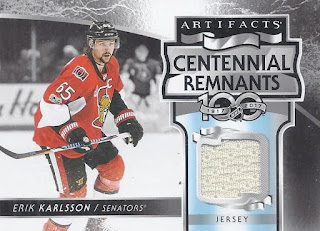 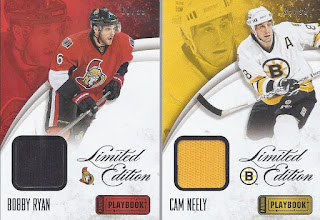 I guess this show seemed like a good time to acquire some relics from the Limited Edition subset. 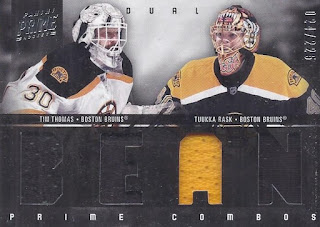 I originally though this one would go nicely into my Bruins collection, but instead opted for it in the mask binder instead. My binders. My choices. 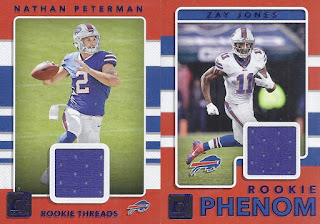 Bills! And the new starting quarterback! I didn't have any problem with Tyrod's performance (everybody on the team stunk last Sunday) so this just seems like desperation as the Bills undergo their usual mid-season implosion. Maybe I'll be pleasantly surprised. 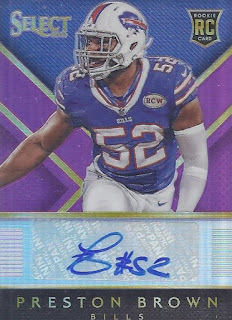 A 2014 Rookie auto of someone still on the team? Wow. To add to the rareness of that little factoid, this purple parallel is /15. You've also got a nice look at the Ralph Wilson memorial patch.

There you go! Still more Expo stuff in the next post.
Posted by buckstorecards at 14:09