As the title suggests, here are the Toronto goodies from a 2017 case beak of Update. 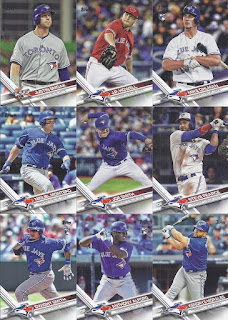 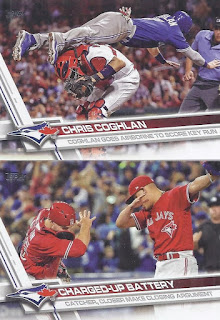 Here's your base cards. 4 of the guys with cards here were no longer on the team when this dropped, as Smith was traded, with Howell, Ohlman and Coghlan being released. Other than that, no real complaints about the choices. Even though he was no longer on the team, it was great to get a non-NOW appearance of the Coghlan dive. And you do get a nice mix of the uniforms among the cards. 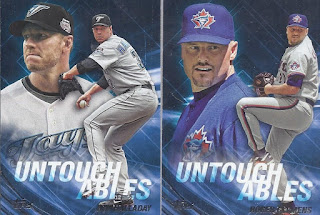 Post-career Roger Clemens cards with him as a Blue Jay still seem strange to me, since it does seem to be the last team of the 4 you think of him playing with. But if you want an Untouchables theme, back-to-back pitching Triple Crowns qualify. 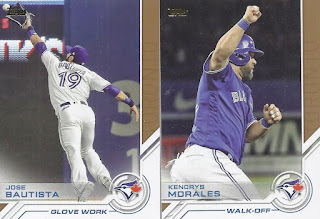 If it isn't saluting alternate jerseys, the Salute insert set really gets a Meh. 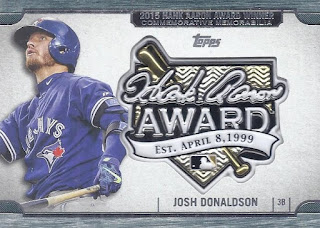 The Hit Parade starts with a manu-relic. These are an incredibly light plastic, so it doesn't feel that much heavier than regular cards. 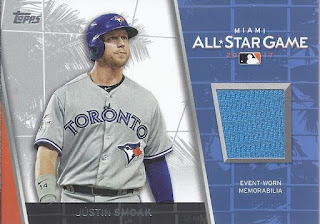 And my first Justin Smoak hit! Although I think this is my first chance for a Smoak hit on the Jays.

And there you have it!
Posted by buckstorecards at 09:10