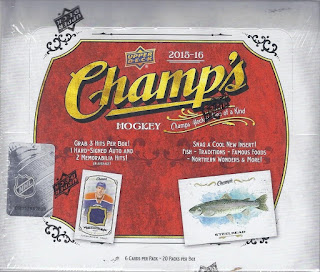 Nothing more enjoyable than doing one of my 'Comfort Food' box breaks. The two recent products that fall into this category are 13-14 Rookie Anthology, and 15-16 Champ's. Since I did bust some of the former at the Expo, the latter becomes my Black Friday choice.

As with my recent boxes, I'll do this in a Top 10 pulls format. 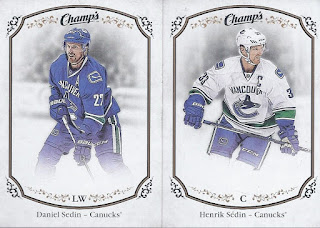 This is more of an interesting bit of collation than a Top 10 thing, but I was amused that both of the Sedins are part of the high-number portion of the set, and that I got both of them in the same box. 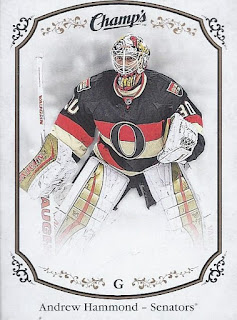 Another SP'd card. Sure, Hammond isn't what he was when he went on that insane run to carry Ottawa to the playoffs, and he isn't even on the team anymore, but I'll be babbling about that performance when I'm talking to myself in a nursing home in 40 years. 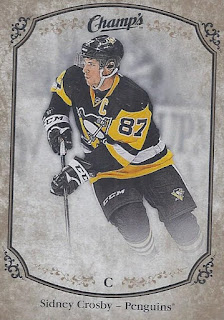 A parallel of another SPd card in the set. Would likely be higher if not part of a future COMC shipment. Fortunately (or not, depending on how you view things), there really wasn't a lot of that type of stuff in either box. 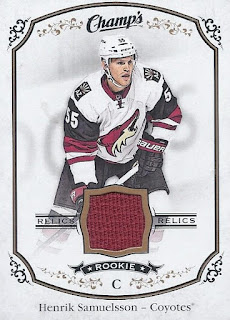 Just a standard relic. Not really a PC card or anything, but a hit is a hit. 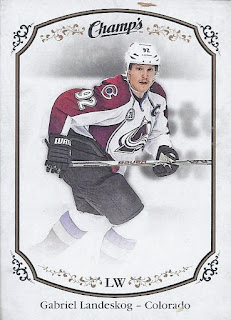 Another short-printed card. Although this one was a dupe, I now have a second one for my Rangers alumni binder. 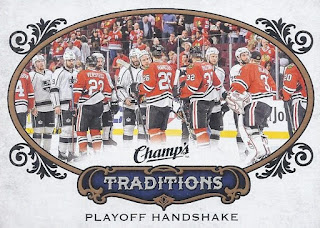 A Traditions card. Kinda forced as to the tradition here, as I'm more of a fan of the ones for individual players and their superstitions, one of which will be seen when I recap the second of the boxes. 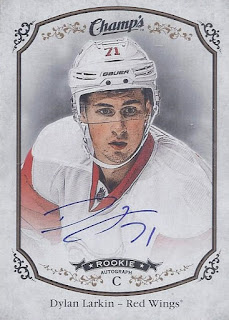 It is back-to-back posts where I have to show off that my hot hand is continuing to pull great cards for a certain collector of Michigan Wolverines alumni. This Larkin is a really tough pull, with these being part of the High Series SP portion of the autographs, falling as a group 1:288 packs, with Dylan Larkin being a Group D auto at 1:639. So, on the whole, this was a case hit. 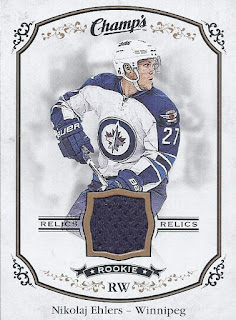 Another rookie relic, but this one moves way up the list being one for my 2/14 collection. The only better thing than finding one on the secondary market is pulling one. 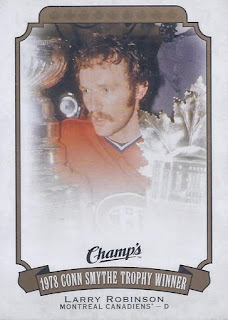 And my #1 pull is finally my first of the white-backed cards that I'll be keeping. I've put my first 3 of them up on COMC (Crosby & Ovechkin #1 picks and a 1:2000 packs Gretzky), but with Larry Robinson being a Kitchener Rangers alum, that makes this one a keeper. And you have Stanley lurking on the card as a bonus! WOO-HOO!