Time for goodies from yet another team select group break at mojobreak. A whole pile of Bills cards, which will be shared among a couple folks that regularly get packages from me (which will be the last I send out for a bit, see yesterday's post). 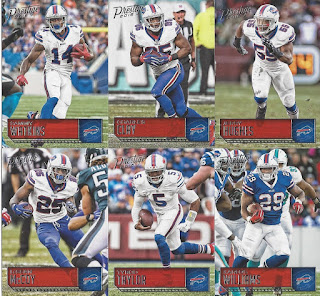 These are the veteran base cards. Pretty much who you'd expect in this, but it was really nice to see Jerry Hughes finally get himself a card as a member of the Bills. 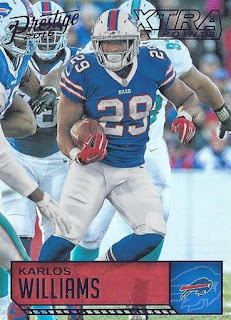 The only base card parallel I landed was this Karlos Williams /100. 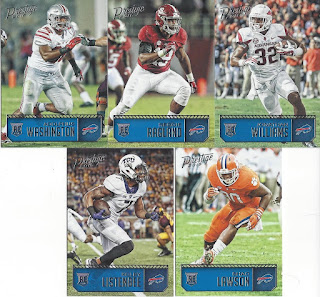 And the rookie content. It was Jonathan Williams that I ended up with the most cards of, with 8 of his rookies coming my way. On the other hand, the were 10 short prints in this set, and they fell at 2 per case. And the Bills had 2 of the 10. I didn't land the Cardale Jones. 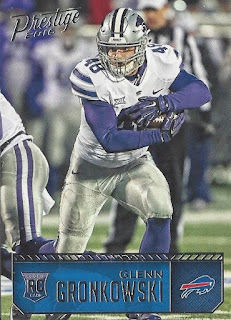 But I did land one of Glenn Gronkowski. Despite the presence of short-prints in the set, I at least commend Panini for not making them all the big names in the set like Topps does with Heritage. 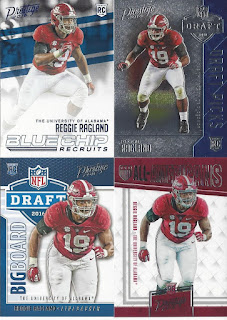 Panini must be really high on Reggie Ragland, as of the 8 inserts I landed, 4 were of him. The All-Americans card is acetate. 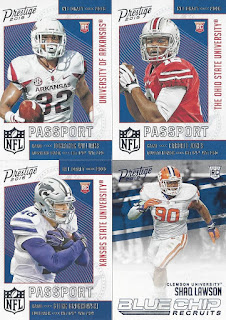 There was some variety in the other inserts in terms of players. There's my first card of Cardale, the latest quarterback of the future in Buffalo. At least with his draft position being lower than EJ, at least he shouldn't find himself in game situations before he's ready. 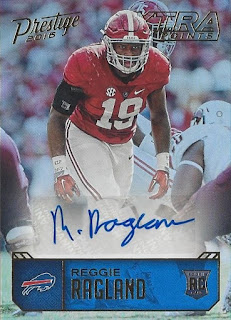 As I said, Panini must be really high on Reggie Ragland. This is my second auto of his so far. 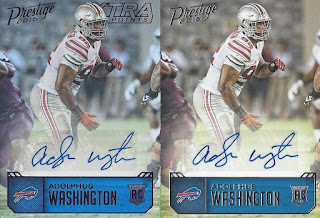 Adolphus Washington is a truly great football name. The Extra Points card is /100. An Underdog might find the unnumbered version arriving in a bubbler shortly. Assuming it escapes the country by Wednesday. 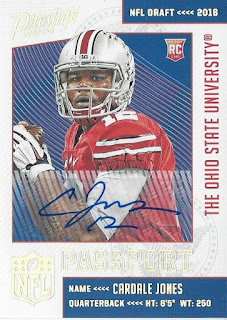 And finally, my first Cardale auto, numbed to 100.

I realize I've just shown three straight Ohio State autos and regularly trade with a Wolverines fan. I'd better be careful opening the next mailing, whenever that is.
Posted by buckstorecards at 05:33