Still with the Private Stock 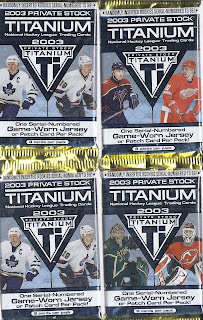 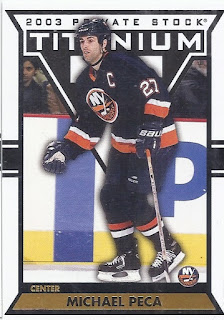 I probably should have continued to just ignore the bland base cards, but this one seems to have actively made an effort to use the least interesting photo available. 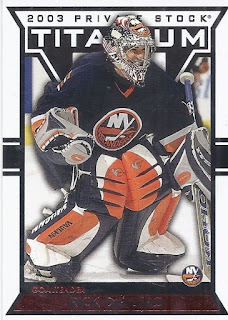 The Islanders content continues with the final red parallel of the box. 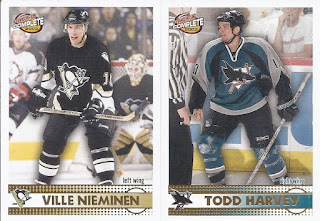 The completeness of the pack. The Nieminen really shoes how the fading of the background allows the player to pop, and still letting you know this was from a game, and not some pre-period skatearound. 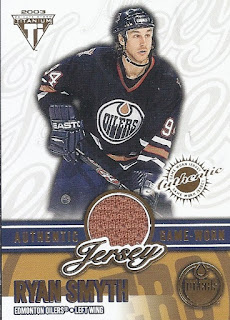 And the swatch. I don't have too many Oilers swatches in that colour, so at least there's that. This looks to be brown, but they probably called it something like pale copper.
Pack 6: 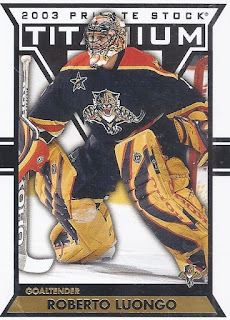 Even though they weren't traded for each other, they're still kinda connected, so it is odd to find this in the next pack after the DiPietro. 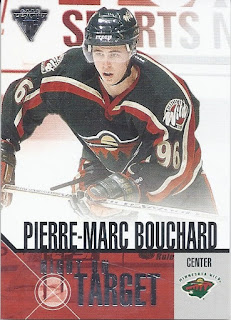 A pretty generic insert. The write-up mentions PMB's had back-to-back goal games where the games were a month apart, but that really doesn't feel Right on Target. 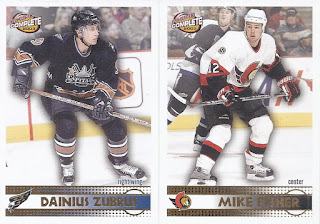 Sens content among the Complete cards in this pack. This is before anyone knew who Carrie Underwood was, let alone before Mike became better known for being her significant other than anything on ice. 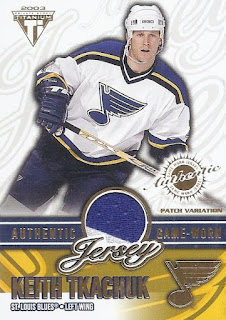 It's a Keith Tkachuk hot box! Both the regular relic and the patch of him in the same box. As opposed to the regular one's 914 copies, this one is limited to 147.
Pack 7: 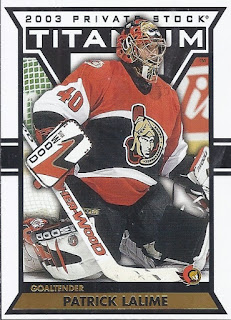 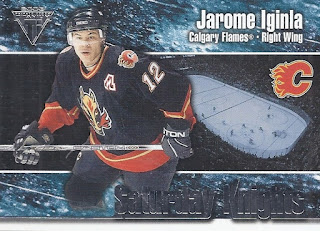 I guess a bland insert like the RoT is preferable to a groan-worthy pun like Saturday Knights. 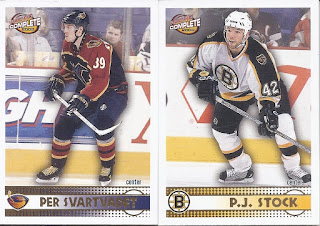 If dropping the gloves is your thing in hockey, plus PJ Stock fights into youtube and enjoy. He really could throw the fists. 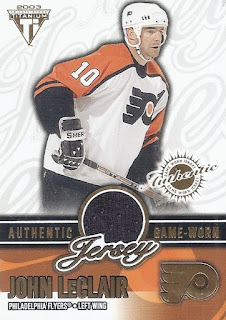 Legion of Doom content as we return to the base relics.
Pack 8: 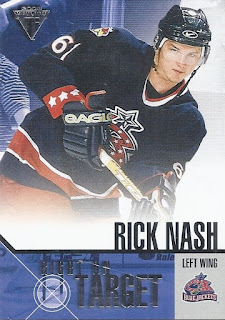 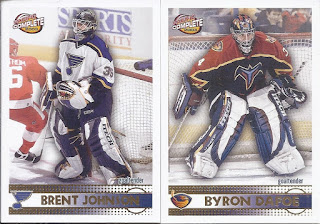 But at least the Complete cards added a couple new mask binder candidates. 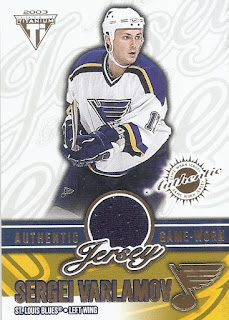 Your final relic stays with the St. Louis Blues, but it isn't a Keith Tkachuk this time. Varlamov played 52 games with the Blues the previous season, but only 11 other NHL games over his career. Even google has forgotten about him as searching on his name actually brought up more Semyon Varlamov results on the first page. That's gotta sting.
But there you have some cards that had been hiding away for about 18 years when I cracked the box!
Posted by buckstorecards at 07:00