Looks like all be on a basketball kick for the next many posts, as I will finally get around to posting the pile of Raptors group break cards that have been piling up, along with another one of those 250 cards cubes. 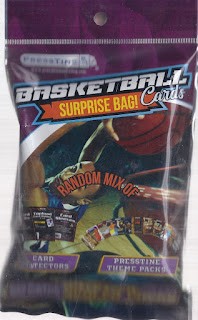 With one of these. 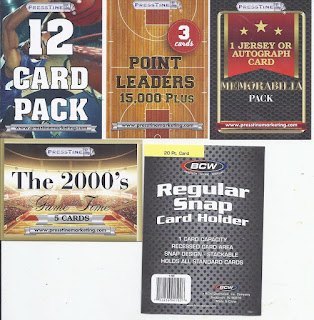 At least I'm guaranteed to get a hit in this one. Since I always seem to do these from the upper left and go clockwise, it looks like the 12-card pack is the starting one. 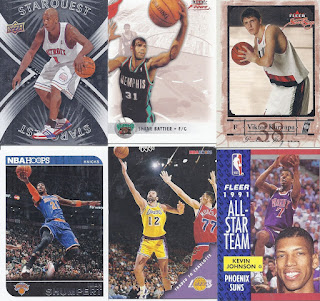 Here's the first six. Continuing something that seems to be consistent throughout breaking one of these, the Shane Battier is one of those numbered parallels that isn't numbered. It's listed as a silver parallel on the back, and should be /25. But isn't. Meanwhile, it looks like Divac got traded from the Lakers to Charlotte. I hope the Lakers got a quality player back... 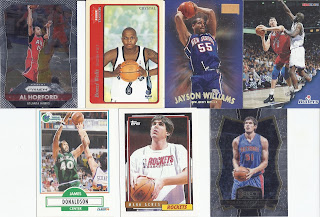 Yet another one of those "should be numbered but isn't" cards in here with that Bonzi Wells. You can also see that an extra card snuck into this repacked pack somehow, with there being 13 cards. It is a happy coincidence that a pair of photos where the player could be doing a granny shot ended up next to each other. And there's 2/14 baby Gheorghe! In dupe form.

Not the most flattering photo of Nance for the leaders pack, but anytime Chronicles makes an appearance, I'm happy. 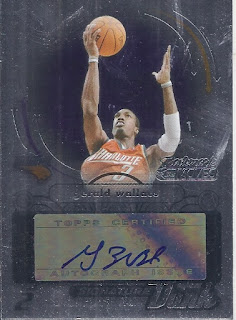 The chrome look for this card might scan like garbage, but this isn't too bad of an autograph to land out of that pack. Wallace had a nice long NBA career, and this foil parallel, from a word salad of a set known as "Topps Trademark Moves - Signature Dunk" is numbered to /75. And it look like just a gentle layup as opposed to a dunk, but hey, still a nice auto. 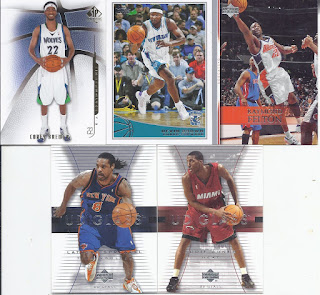 No need to scan the holder, but it does provide a solid home for that Taron Johnson card from earlier in the week. So, here's the 2000s pack. No "should be numbered" cards in this one, but I guess someone got a really good deal on those UD Glass base cards.

Posted by buckstorecards at 05:09