Several weeks back, I was itching to get into a small group break of 3 boxes of the new 2021 Tribute release. I saw the Mets were available, but they sold in the moments before I decided to pull the trigger.

But I still had the itch!

So what else was available?

Oakland wasn't too expensive. They had a decent array of active players and legends as hits. Let's try that slot! 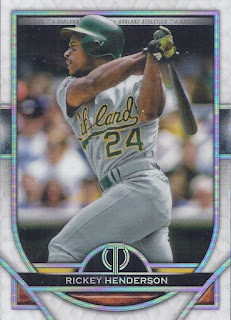 Out of 3 boxes worth, with 18 packs, and 3 cards (1 hit, two base/parallels) per pack, I got a single base card. That was still one more card than the Mets got, so I'm at least ahead of the game there.

But I got some hits as well. 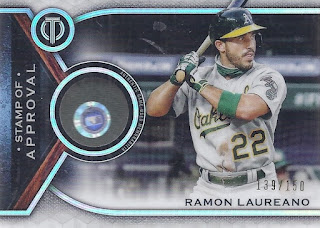 Here's one of those game-dated relics, via that hologram in the middle of it. That really doesn't scan that well, so to save your eye strain, here's what I learned through the MLB authentication. 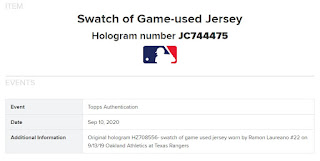 Looks like Ramon made the most of the 1 from his 1-for-4 day, hitting a 3-run homer in a 14-9 slugfest win for Oakland. I always worry when I come across one of those that he spent the game on the bench, although that's more for pitcher cards than hitters. 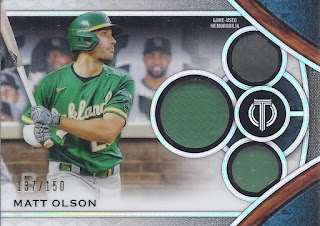 While these aren't game-dated, there are two more swatches here. Along with cardboard fans in the background. So we can season-date the photo, at least. 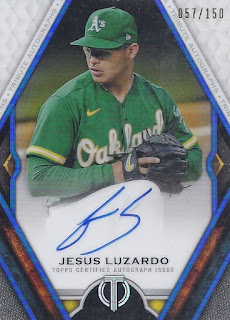 Autographs? Of course there are autographs in this! It's a very basic signature, and I'm not sure what the second portion is supposed to be, but an auto is an auto. Luzardo was all over 2020 releases with autos, so I guess that continues into his second year. But at least I now have a second autograph of the first Peruvian-born MLBer, joining a Chronicles auto/relic.
I did mention legends in my intro. It is a lot more than the Rickey base card. 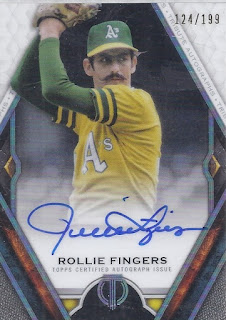 Because here's an autograph of a legendary pitcher and mustache. On-card, and definitely a lot more legible than the previous entry. Great photo as well, with a nice view of a staredown that isn't quite Dave Stewart, but still shows intimidation. 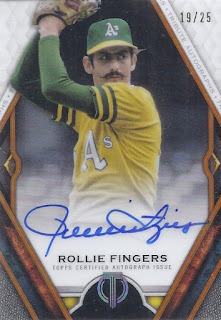 If that earlier entry is just a little too high-numbered for your taste, here's an orange parallel /25.
This means that out of 18 hits over the three boxes, the Oakland spot ended up with almost 1/3 of them. Good thing that Mets spot was sold out, huh?
Posted by buckstorecards at 10:07