What goodies were hiding in the second hobby box I busted of Upper Deck Series 2? 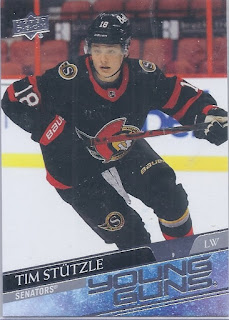 While my main goal from the second box was to complete the 200 card base set, getting one of the big Young Guns in the set was also pretty nice. It is offset by the fact that they're not a cheap date in group breaks for the first time in a long time, but it bodes well for the team in the future that they've got a chase player. 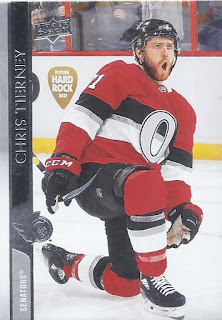 Another Sens appearance completes the team set in this. 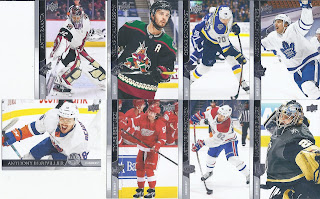 I did finish off the remainder of the 200 card base set via this box, which is far better than I did with the 3 boxes of Series 1, which didn't even do that. 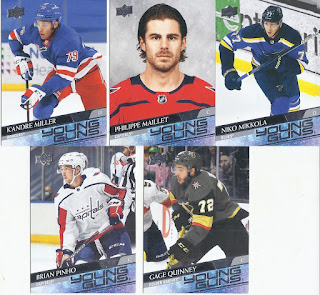 And the remainder of the Young Guns. Even without the Stutzle, this still would have been a decent box with the Miller. 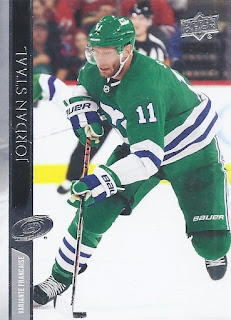 Parallel time! I got a pair of them in this. Here's the French version of Jordan Staal's base card. Given that he's sporting the Whalers throwbacks, this one will certainly make its way to Shane @ Shoebox Legends in the near future. 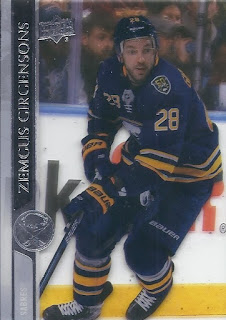 I've seen those before - but this is my first Clear Cut parallel. 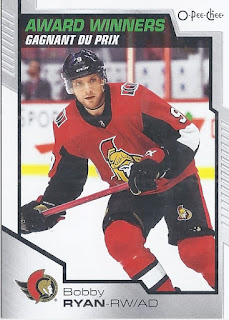 This was a nice box for Sens content, as I knocked their only appearance in OPC Update off my set building list with this card commemorating Bobby Ryan's Masterton trophy win. 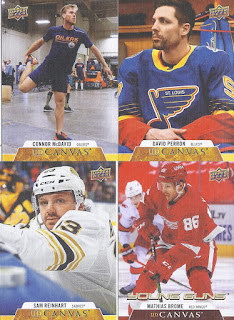 That Sam Reinhart is a pretty bland card but the other two veteran Canvas cards are pretty nice. I didn't recall that the Blues brought out those throwbacks last year, but they did. Red never seemed like a good idea for a team called the Blues. 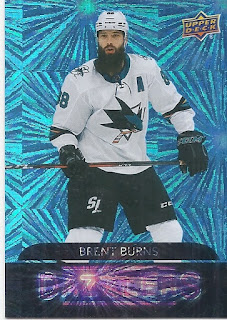 Anytime the parallel colour matches up with one of the team's colours, you've got a nice card. This Brett Burns Dazzlers is no exception. 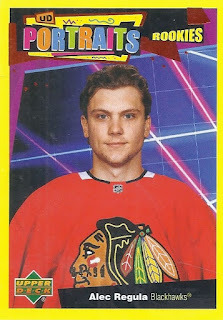 Does being the only numbered card in the box make a Portraits insert better? Marginally, but this insert set really, really needs to be sent to a farm upstate where it can run and be free and you can never visit it ever again. 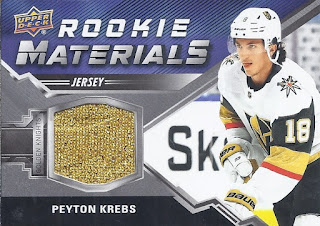 Let's end this with a far better hit than that Portraits. While this is only the base version of this insert set, getting a gold swatch, as opposed to the white or gray swatch makes it feel more like you've pulled a very special card. And it does seem like the gold VGK swatches command a decent premium on ebay, so it is even more of a keeper.
But not as much of a keeper as the Stutzle.
There you have it!
Posted by buckstorecards at 15:59