Hanger Boxes of Long Ago 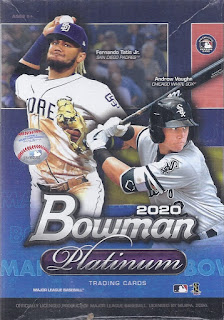 I bought this sometime in the fall of 2020, but never got around to posting the content within. 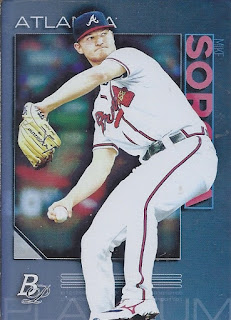 First card out - Mike Sop of Atla. Yeah, this design isn't doing a thing for me. You shouldn't have to turn the card over to see who the player is. 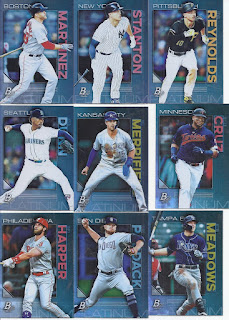 The box was grouped together by veteran content, followed by the parallels, and then the prospects. Here's the base. 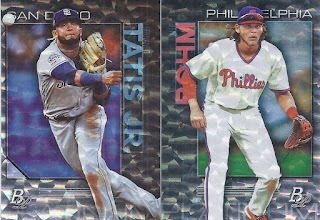 Here's the first parallels, a pair of ices. Can't go wrong with one of the product's cover boys, along with a high draft pick who made his rookie debut last year. 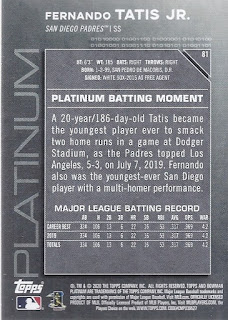 I guess this is as good a time as any to show the card backs. Those might be among the tiniest card numbers I've seen. 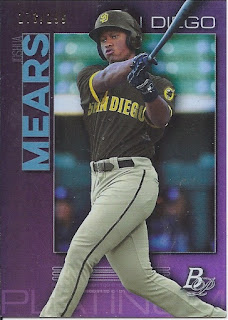 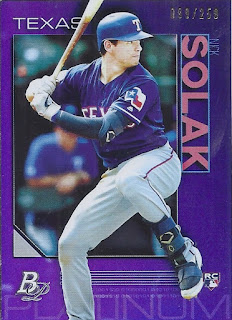 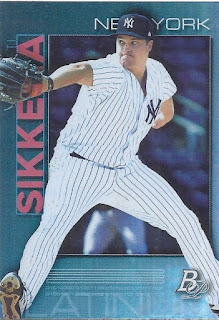 The prospect portion just switches the position of the name and the team. Having to turn the card over to read the player's name seems even worse for prospects, especially for a retail based set. 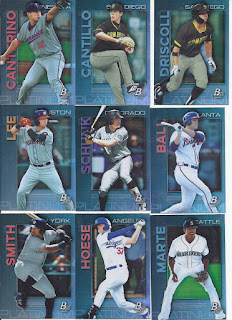 And the remainder of the prospects. With 5 cards out of the 22 featuring Padres, perhaps this hanger box should have ended up in southern California instead of southern Ontario.
There you have it!
Posted by buckstorecards at 08:12