2021 Adventures in Repacks Part 13: Hanging Around

Another hanger pack from the source, this time a basketball hanger. There's a slight fib on this pack, as there were 21 cards within.. 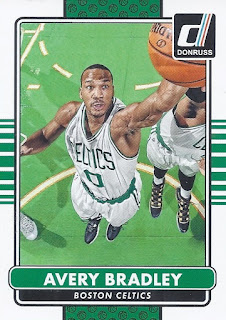 Here's a better look at the first of the visible cards. If I can't get a Raptors card, I might as well get one for my secondary team collection. A nice photo against the green parquet. 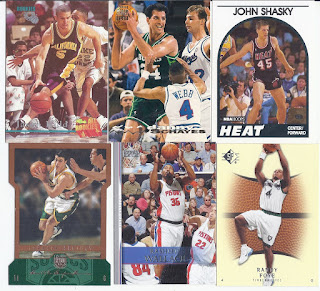 The first grouping of cards. The Kutulay is one of those cards I often find in these repacks that look like they should be numbered (in this case /499), but aren't. But, I give the winner here to the Danny Schayes entry, but that's solely because of the Spud Webb cameo. 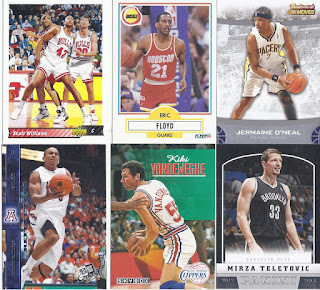 A card where Sleepy Floyd is referred to as Eric Floyd on the front just seems wrong. There's a parallel here with the Bayless being a blue reflector (not a refractor, mind you). There's another noteworthy cameo in this group, with Barkley showing up on the Williams. 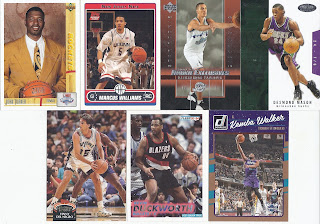 Your last grouping before the finale. The Hot Prospects of Mason duplicates the photo on the foil on the card, as well as triples it up on the back. I really wish the Donruss design had kept the look for football and used the team colours for the entire border, instead of adding that boring brown. 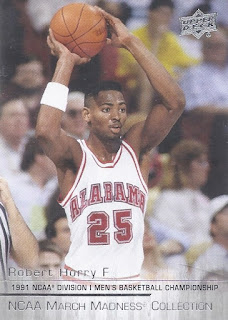 And your final card. A photo taken before, but appearing on cardboard after his NBA career. Who would have known he would pick up a diverse grouping of 7 championship rings in the interim?
There you have it?

Posted by buckstorecards at 09:47