And a fun box comes to an end with these 6 packs: 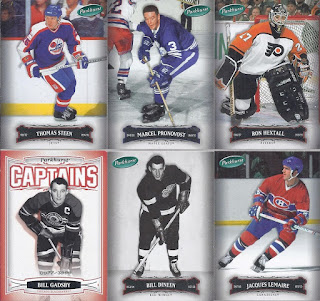 As is typical for this, there's players who make frequent appearances in recent products (Hextall), those that show up here and there (LeMaire)and those who rarely show up (Pronovost). That's why this set is so great. 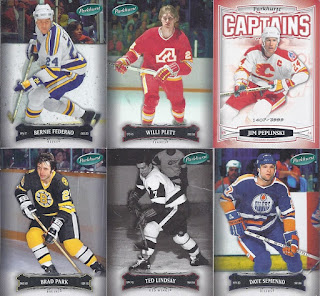 I love the appearance of defunct teams in sets, such as with the Plett. Some nice tough guy content as well on the bottom, with them combining for over 4000 minutes worth of sin bin time. 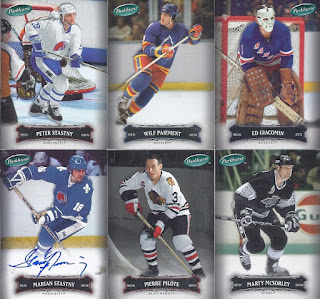 Well, there's the final autograph of the box, and it has to be my favourite of the four. An on-card autograph of one-third of the more famous brother combinations in hockey history, and unlike with Peter, there really aren't too many of them out there. 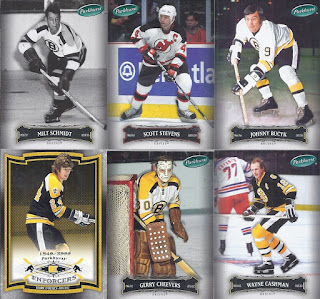 I may have commented that a previous pack was a Bruins hot pack with a few cards, but top this one! The odd-man out is a Kitchener Rangers alum, so even that is a great card. Judging by the lack of scars on the mask, I guess that Cheevers was early in the season. 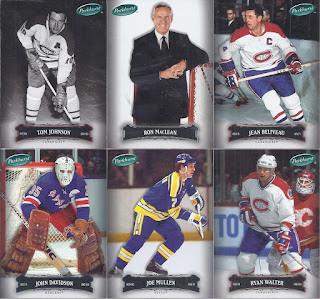 There's the final non-NHLer card in this with legendary host Ron MacLean. Surprisingly, this is card #1 in the set numbering scheme. 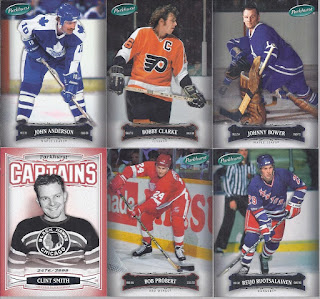 And there we have it. And my final card, in the final pack, is one of the greatest names to say out loud in hockey history with Reijo.

And that's that! A really fun break, with the only complaint being the dupes of the /3999 portion of the set. I've added my remaining needs to my set builder wantlist, so help me out if you can!
Posted by buckstorecards at 03:30