That knocks all my Jim Peplinski needs off the list. I'm torn on that Melrose card. While he's probably better known for his coaching than his playing, I would have rather seen him in a uniform. The Robinson will end up in my Rangers alum binder, and I liked the announcer card of McFarlane so much that the auto'ed parallel found itself in my COMC inventory. 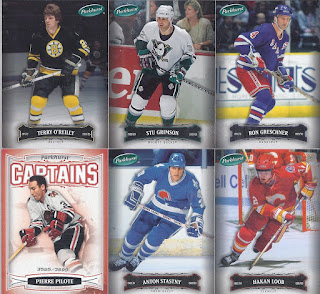 The Ducks appearance of Stu Grimson is one of only a couple appearances of 90s expansion teams in this set. There's also Doug Wilson on the Sharks. I tried to think of someone who would fit the theme of the set for the Senators or Florida team, and only could think of Brian Bradley for Tampa and Scott Mellanby for Florida, with nobody for Ottawa. 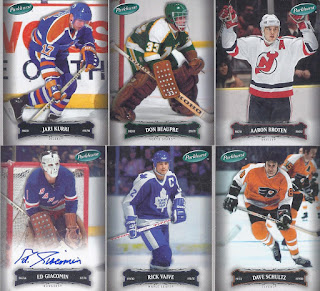 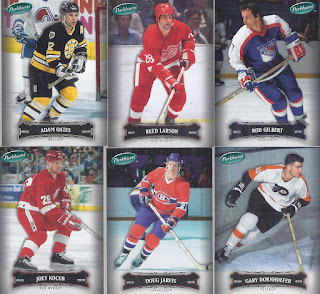 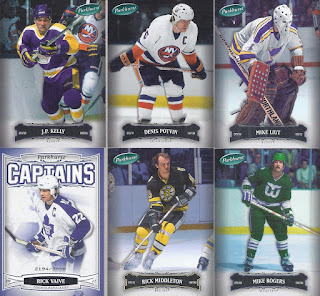 Mike Liut's look is proof you don't need a paint job on your face mask to be intimidating with the mask on. There's a couple names you really didn't see much of in post-career releases with JP Kelly and Rogers, which is another reason that even busting a single pack of this can be fun.

And there you have it! One more auto among the remaining six packs.
Posted by buckstorecards at 04:30