Wrapping up the sportlots portion of my new 2/14 acquisitions with a trio of players. 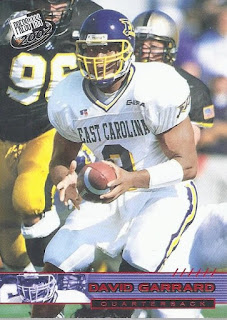 David Garrard moved to 83 cards with an even 10 additions. With most of his cards being Jaguars ones, I like adding anything else for variety, such as this college-era card. 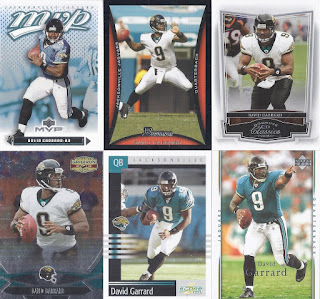 But there was a nice variety among the Jaguars cards I added, both in terms of the sets, and the style of photos. 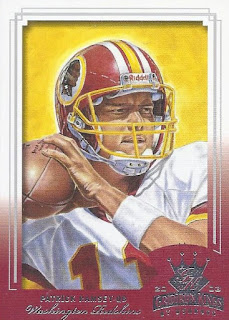 Patrick Ramsey had 14 new cards, and he is tied at 31 with Jeff Graham now. Given my love of drawn cards, I'm leading with this Gridiron Kings card. 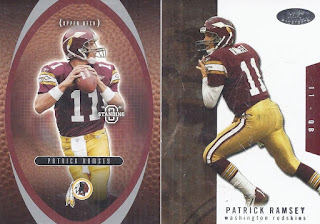 There were some alternate uniform/helmet cards among the 14, 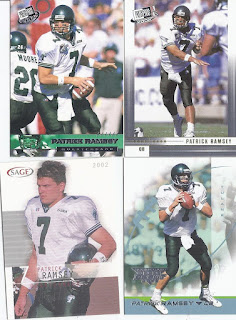 along with some NCAA as well. 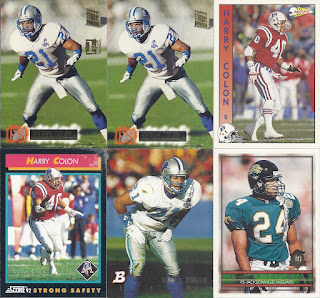 Harry Colon was not the big winner in terms of volume, but these did give me 17 Harry Colons in the 2/14 collection, and put me in top place at tcdb among all those that collect Harry Colons. All three of the teams Harry Colon suited up for and got cards with are represented in this 6-pack of Harry Colons.

May I never mature.
Posted by buckstorecards at 04:25