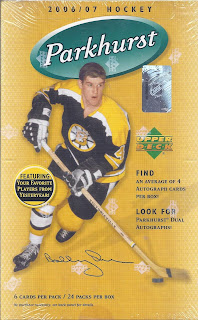 I've wanted to bust a box of this for a bit. So why not just get one delivered? This release consisted entirely of retired players, with on-card autographs and a lot of interesting names. 24 packs at 6 cards per pack, and I'm scanning all of 'em! 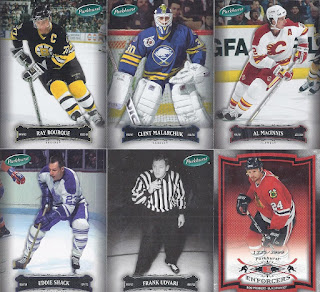 My first card out is a Rangers alum with that Al MacInnis card. This really shows the variety in the set. While you get people you expect like Bourque, you also see the more obscure entries, like Malarchuk and Udvari. And Probert? With the Blackhawks? That's odd, especially since he already appears in the Enforcers subset with Detroit. 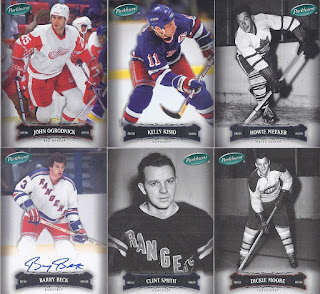 And there's the first auto from the break. I got lucky for these posts that they ended up spread out enough among the packs that they will appear 1 per post. Definitely a NY Rangers hot pack with half the content being their cards. 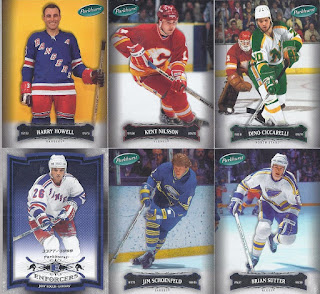 A classic North Stars uni and a craving for donuts highlight this pack. Of the Sutter brothers, 5 of the 6 got at least one card in the base set, with only Rich Sutter not getting a card. He would appear in the 2011 Parkhurst release, where all of them would have cards. 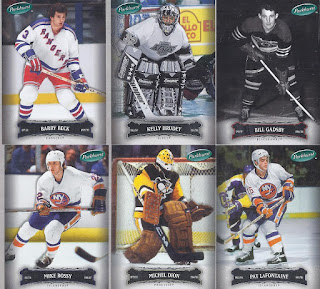 There's the regular base card version of the Barry Beck auto shown earlier. There's a couple nice mask binder candidates as well in the middle column. 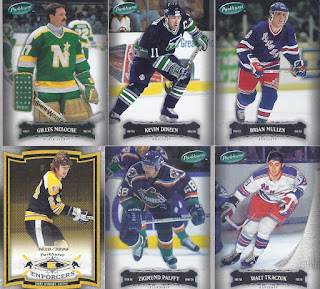 The Palffy card is the odd one in this, as he is sporting the fisherman era Islanders uniform, but the classic logo instead is used on the back. Generally, I like it when the logo matches the era, but I'll forgive that decision. 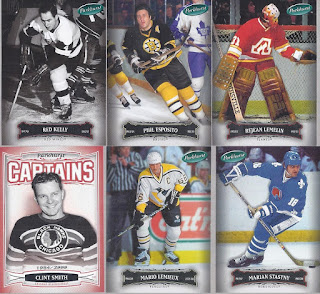 Another pack that shows the variety of names, both familiar in modern releases and not, that one finds in the set.

And there you have it! 6 more packs tomorrow!
Posted by buckstorecards at 03:50