40 cards worth of newness to the Jim Kelly portion of my 2/14 collection. If I wasn't a Bills fan, that might count as overload. But this does move him well into the lead in the football portion of the collection with 194 different cards. He's also 4 behind Marian Gaborik for 2nd place overall. 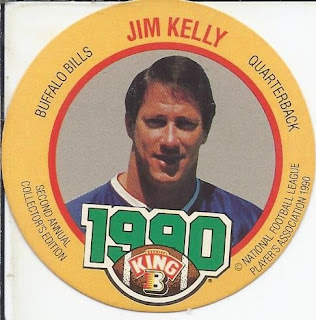 I'll start with this oddball. I have no idea what King B is or was, but I'll start with it anyhow. All my google hunting can tell me is that there are several musicians that either go by that name or are nicknamed that. 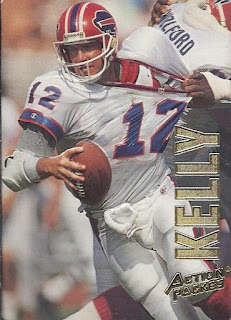 An attempt to escape the grasp of an anonymous player is Action Packed enough for me. 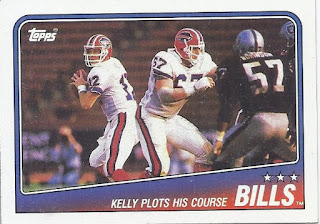 While this isn't technically a Jim Kelly card, just one that pictures him, I'm still counting it as an addition. This 1988 Topps issue was the oldest in the shipment. 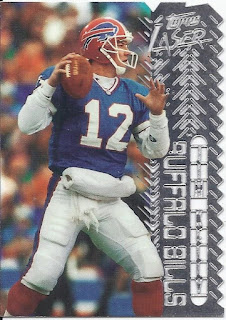 And 8 years later, you were getting these super detailed Laser issues. 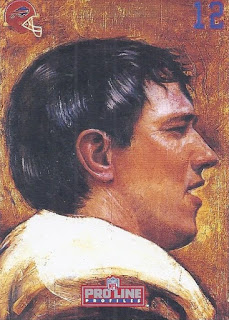 Of course I'll throw in a random issue of a drawn card before going to the bulk portion of this post. 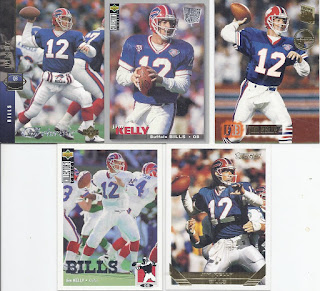 A five pack of parallels. 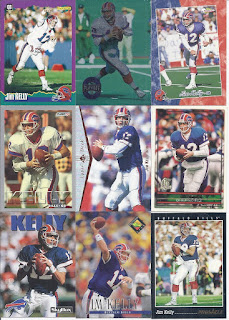 Here's a scanner bed worth of sampling the rest of the Jim Kelly portion of the mailer. And I didn't even show half of the mailer at this point, but that's it for this part. I'll wrap up the latest sportlots mailer with the next post, and even more 2/14 football. But there will be a little more variety as a trio of players will be represented.
Posted by buckstorecards at 08:05