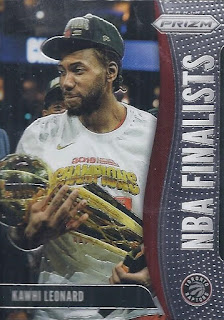 I'm never going to tire of Championship cards. Throw in the trophy, and they're automatic classics. 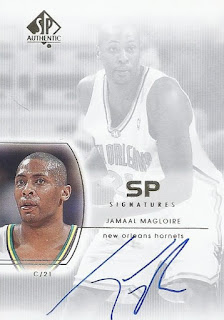 Staying with my championship theme, and my desire to get an auto of anybody who has a card and got a ring, here's an auto from one of the coaches. The local product probably got the biggest ovation among the coaching staff during the ring ceremony, aside from Nick Nurse. 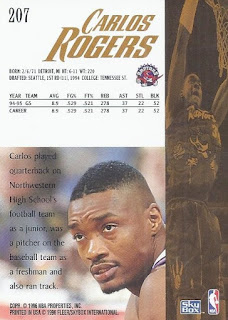 Why am I showing the back of a Carlos Rogers card? 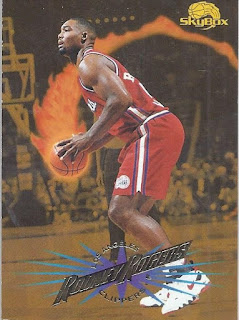 Because Skybox put Rodney Rogers on the front! As best I can see, no correction was ever issued. But this still counts as a Raptors addition. 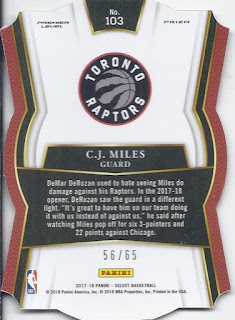 Why scan the back of a CJ Miles card? It is a palindrome 1/1! 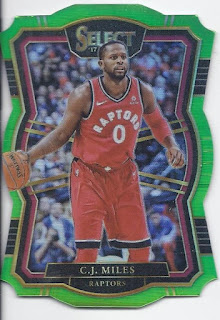 The front isn't as spectacular as the back, but this is a neon green die-cut parallel. Which still isn't as good as the 56/65. 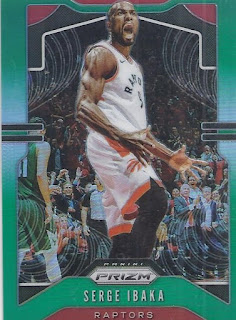 This super-hyped Serge Ibaka photo was one of my favourites out of this year's Prizm release. While going for a complete rainbow would be insane, I wouldn't mind a page worth of these. 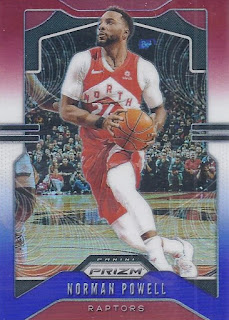 I also got the red, white & blue parallel of the Ibaka (1/3 of the way there!), so I'm scanning the Norman Powell for variety's sake. 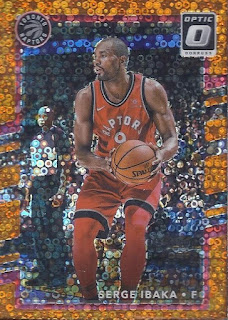 But here's one more Serge for a bonus appearance of the master chef. This Fast Break Orange parallel is numbered to an odd /193. 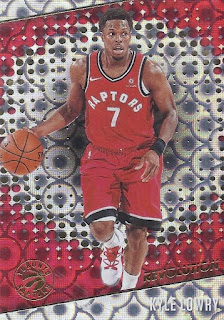 You want more loud parallels? Here you go! This is an unnumbered Groove parallel. 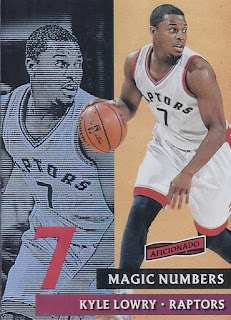 A jersey number themed set? Sure! I just wish this were card #7 in the set. It is actually #12. 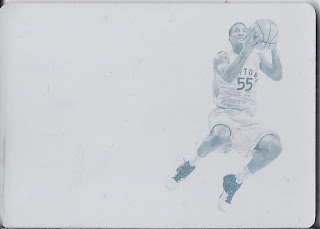 Final card is actually a plate. That's Delon Wright on a rookie patch card out of Flawless, although the plate itself was released with NT. Delon went to Memphis in the Gasol trade, and is now in Dallas.

And that's it! Next up, it will be Observation time.
Posted by buckstorecards at 07:26